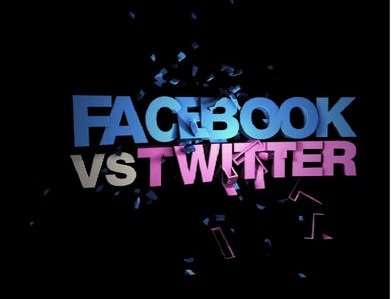 So, as you have already jumped onto applying social media practices for your business, it will be now beneficial to know the best platforms to work with. Can you afford to make a presence on every social networking site there is? Or, do you have the resources to reach out to everyone who’s connected to a social media platform? The obvious answer to these is a plain: No. Thus, it’s better to be only on those sites which are good for you, work according to your goals and your customers’ requirements. Moreover, try to establish an engaging relationship with such social media marketing platforms.

In the following article, we are going to provide an in-depth analysis of which of the two most popular social media marketing sites, Facebook vs Twitter to use and how to effectively utilize them.

Although, we have tried to back up every statement and findings with proper statistical data, we may be inaccurate at some places. Readers are advised to make their views known on such issues via the comments section below.

Facebook although is not the ideal platform for the generation of sales, yet it is the best one to promote your brand. Just the presence of one’s content on Facebook makes it very beneficial to use as a social media platform for businesses. Nowadays, online marketers can make use of certain specific information pertaining to their users, such as their age, job title, their kids’ ages and where did they went for their holidays? The marketers would find this information very useful and focus their strategies based on them.

The online marketers should always keep in mind that not all strategies can be applicable for all segments of the society. For example, if your targeted audience is teenagers, then there are better social media platforms than Facebook such as Instagram, Kik, and Snapchat.

In our opinion, all businesses should get themselves on Facebook as it is the most promising social media platform for all types. Getting Facebook likes are an excellent way of promoting your business online and helps to make new prospects and reach out to the existing ones.

Given below are some helpful ways to generate more Facebook likes:

A major advantage that Twitter holds as compared to other social media platforms is that its users tend to follow more brands. Most of the users on Twitter, use and follow it to know what’s developing around them and stay up-to-date. In fact, a mere 60% of the Twitter-ers actually post actively on this social media platform. A vast majority of twitter-ers only log in to take advantage of exclusive discounts, contests, and offers. Thus, online marketers should know this and try to push their deals and offers rather than the products itself.

We would like to recommend Twitter to businesses that deal in marketing, sports, all SaaS companies and news companies. This is because Twitter is very frequently updated with latest news and proceedings and in-the-moment developments. Thus, if your business is based on current happenings, you can’t avoid being on Twitter. It would also be beneficial for your business if you could update the audience with latest developments in the sector you operate in and create interest. Keep them updated about new technologies, news events, and case studies. Twitter is an important tool to aid relationship-building and communication with influencers and customers.

Ever since, Twitter has introduced images in its postings, it has seen a huge upsurge in the number of postings. There has been witnessed an increase of 150% in Retweets and 89% in favorites having images.

However, Twitter is made up of a single consistent stream news feed of tweets, and there are no restrictions on them whatsoever. With more and more people following your business on Twitter, their flow of Tweets also becomes heavier. It should be worth noting, that in between this stream your valuable content can get lost in this mix.

There are some vital differences between Facebook and Twitter, and still are very popular social media platforms for general people and businesses alike. If possible, on should try to utilize both the networks to market their offerings. However, it is quite understandable that a business can only engage in one of the two. In view of this limitation, it is better to lean towards Facebook at the moment.

A significant reason for this is that Facebook currently has more than 1.4 billion user base and there are more than ordinary chances that your potential customers would already be on this social media platform. Plus, you can use your already existing Facebook account to connect with those millions and convey your messages to them and promote your business. Last but not the least, Facebook supplies the most number of social traffic to a company’s sites and blogs of any other social media platform.

See also: 5 Ways to Fire Up Your Social Media Engagement