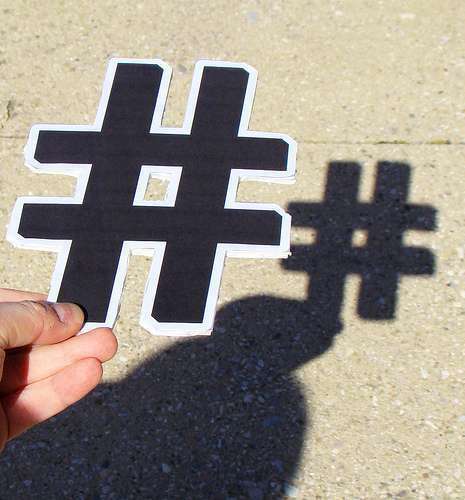 If you’re a business owner and you’re trying to make your mark on the social media world, you’ve created a Twitter account and maybe even a have a pretty decent following. You promote timely sales, new product information, share and respond to customer tweets and opinions, and even handle customer service through Twitter. If you’re at a level where you’re comfortable with your Twitter skills and ready to take new steps, you may have considered sponsored hashtags on Twitter.  When you log onto your Twitter homepage and see the trending topics in the corner, sometimes you’ll see next to a few of them in tiny letters the word “sponsored” stamped on. Companies pay to be a trending topic on Twitter, and in today’s world, it’ll cost you.

The businesses that purchase this sponsored hashtag are placed at the top of the list of trending topics for that day. Not only are the mentions in the sidebar, but also if a user clicks on the hashtag, the first tweet they’ll see comes from the company that is sponsoring it (and at $200K it better!). Some examples of companies that have taken advantage of the sponsored hashtags include Coca-Cola, Disney, Hyundai and even political campaigns such as President Obama and Mitt Romney. A recent study done by Twitter found the sponsored hashtags have much higher rates of user engagement than banner ads, simply because they are part of a user interface rather than an advertisement.

Like any form of social media marketing, take caution when thinking about sponsored hashtags. While on the plus side you’re in direct contact with the consumer and engaging them, this can also be a negative. Let’s look at the case of Mitt Romney’s sponsored hashtag back in September 2012 at the height of the presidential election campaign. Romney had purchased a sponsored hashtag called #AreYouBetterOff, referring to his question of whether voters were better off under President Obama.

The tweet hashtag was combined with the word “Yes” more than 1,800 times in the first 24 hours while it was with the word “No” only 600 times. This is where social media can truly backfire. It’s imperative before investing nearly a quarter of a million dollars on a social media campaign to decide what the sponsored hashtag can do for your company and your consumers. Will it actually help you reach your goal in the long run? Hopefully you already know what you’re trying to get out of this social media campaign. Consider all results (both positive and negative) before making the decision to pay for your hashtag.