Remember the moment publishers freaked out when Facebook announced they will divide the newsfeed into two: one section that would show updates from family and friends; and the other one showing updates from publishers? This won’t happen anymore because Facebook ends the explore feed test. 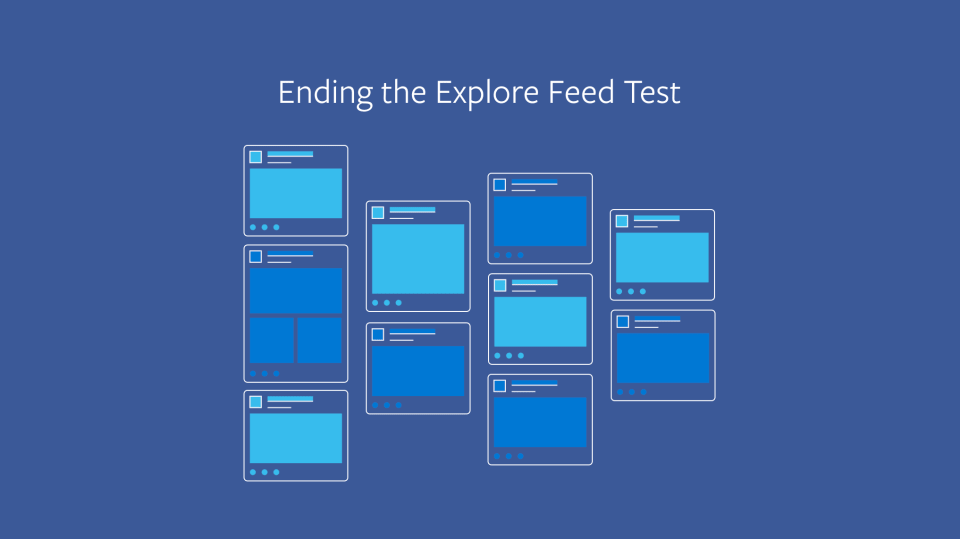 After a period of testing in six countries, that started in October 2017, the feedback that Facebook received is that users don’t want to have two separate sections in the news feed because they didn’t see any improvements in what news from family and friends were concerned. Meaning that the interaction with their closed ones didn’t change because of the separate news feeds.

Adam Mosseri, Head of News Feed at Facebook announced yesterday in a post that the test had failed and they won’t divide the news feed into two different sections. The reason they decided to run this test is the initial feedback received from users, that said they wanted to see more updates from friends. But it seems that the “Explore” feed was not the answer they were looking for.

It is not only the users that have complained about the test, but also publishers. They saw a drop in the traffic that was previously generated by Facebook. So they were right when freaking out about this separation. There have been examples of publications that had to shut down because the traffic dropped so low that no advertisers wanted to support them anymore.

Even if this test that Facebook made was quite pricey, they still learned several things from it: to be more transparent when it comes to tests and explain the community that is going to be involved into it what will happen during the test period; better selection of the locations where they run the tests; the way they evaluate the tests; and a better communication of the tests.

They are going to shut down the program globally this week because people ignored the section where pages‘ and publishers’ posts appeared. The Explore section didn’t help users to find the valuable information they were looking for. And the publishers also had a lot to lose because of this.

Still, the Facebook representative said that they will continue pushing forward the updates from friends and family against the ones from publishers in the old form of the news feed. So still less public content from brands, celebrities or other publishers, but the same news feed format that users were used with.

What about you? Did you take part in Facebook’s test? Do you prefer the old news feed format?