We already know that Facebook is trying to prioritize updates from family and friends throughout the newsfeed and diminishes the reach of publishers – whether they are businesses or news pages. Also, they are not showing the latest news on default, but the top stories, which might not be the most updated ones. Sometimes, it takes hours or even days for some news to reach a user’s newsfeed. So what happens when a breaking news story occurs? How does it get to peoples’ attention? We all know that when it comes to the latest news updates, people usually go on Twitter to see what’s new. This is a situation that Facebook should reconsider and do something about.

Facebook latest approach on latest news feeds updates was to give publishers the opportunity to add a Breaking News label to their post in order to attract users’ attention about a news that might be of interest to them. 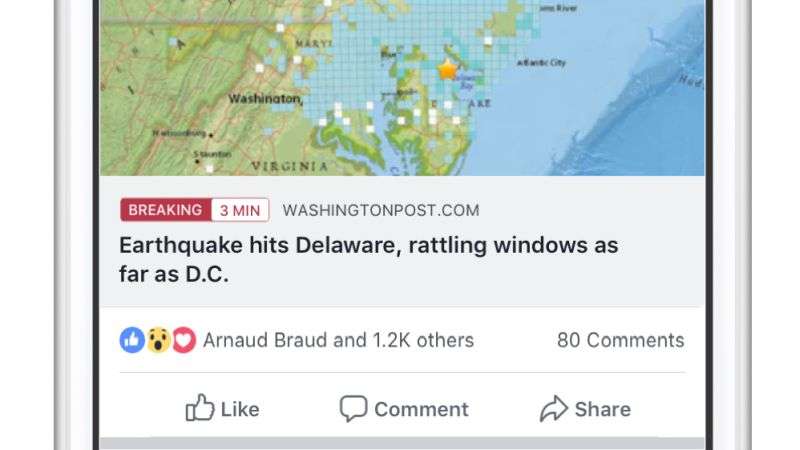 At the moment, publishers can add the label to one story per day, expanding to 5 per month. They can also set the duration of the label appearing next to the update from 15 minutes to 6 hours. If the test works well, Facebook stated that it will expand it to more publishers across the world. Users have the opportunity of reporting a misuse of the label with a drop-down arrow if they consider a news of not being a breaking one.

Using the Breaking News label doesn’t impact the ranking of the post, but Facebook is thinking of a way to improve the ranking of those types of posts in order to appear on more and more users’ news feeds. What would make more sense would be for them to appear with a higher ranking while the label is on the posts and less afterward. Even so, publishers that added the banner on their posts have seen an increase in the traffic on the website and the engagement on the Facebook posts have also increased.

The impact on Facebook’s revenue might also increase when they figure out a better way of indexing Breaking News posts when they are happening and, based on the user’s engagement to take advantage of the ads they can add to the posts. This way, they can also create meaningful interaction between the users that are sharing those posts. This would also be a good method of dethroning Twitter when it comes to relevant news information.