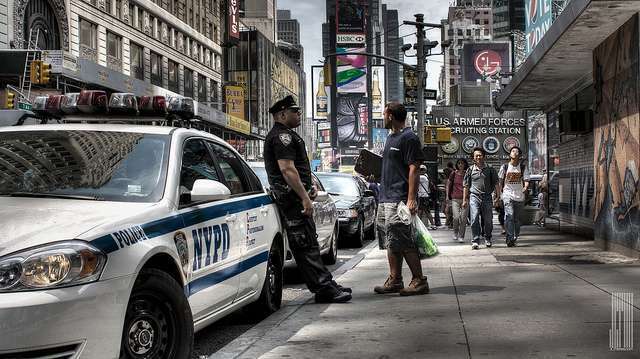 Recently, the NYPD discovered that social media isn’t a game, nor is it controllable.  In the government entity’s zeal to use Twitter to increase their positive reputation among the public, they encouraged people to tweet pics of their “blue” men and women in action.  They even designated the hashtag #myNYPD for the purpose.  Ostensibly, the NYPD thought this would revolutionize the way they were perceived, at least for a little while, since they’ve had some downs when it comes to their “street cred”.

This isn’t to suggest that people ignored their requests for responses.  Quite the contrary, the images came in, all with the requisite #myNYPD hashtag.  The problem was that the photos were, shall we say, not exactly what the NYPD would have wanted.  Whereas the powers that be probably thought they’d get images of police helping little old ladies across the street in Times Square, they were instead presented with images of various forms of brutality and questionable decisions.

In other words, a simple social media request has now turned into a bit of a public fiasco.

To be fair, some people did send in some awfully adorable photos.  One is from the vaults and shows a traffic cop allowing a cute kitty to safely traverse an intersection. Ironically, even this vintage squeal-worthy image couldn’t salvage a campaign that was just doomed from its inception and launch.

The problem, of course, is that reputation management via social media is tough.  It takes a lot of planning and forethought, not to mention incredibly specific knowledge of the behavior of users on a wide variety of forums.  When you’re an organization like the NYPD, you have to be cautious of DIY solutions like the #myNYPD hashtag head-slapper.  An expert in social media could have told the NYPD from day one that there was an enormous risk involved in the Twitter move.  That way, they could have experimented with what they would do if negative images started to appear.  Or, they could have been more specific about the images they wanted to see.

It’s always been hard, and it’s especially hard to do alone and without any kind of professional assistance or guidance.

The good news for the NYPD is that they aren’t the first – or likely the last – group to make a social media error in judgment.  That’s actually good for us, because we can learn from their faux pas and avoid them ourselves.  If the NYPD is smart, it will be good for them, too.  They can use the knowledge they’ve gained from this very public no-no and not make similar missteps in the future.

Social media is incredibly powerful, and although there are certainly plenty of people who would argue that no publicity is truly bad publicity, the NYPD would be apt to disagree.  They have landed squarely in the annals of social media “what not to do” history; they’re rather like the New Coke of the Twitter era.

While bad publicity can’t be totally eradicated, it can be tamped down if handled with social media based reputation management acumen.  Just as you probably don’t want your never-touched-a-tool-in-his-life Uncle Bob’s advice on home improvement when your water heater is leaking gallons of fluid all over the basement floor, you don’t want someone running your social media reputation management campaign who is basing it on “something he read online”.  Twitter, Facebook, LinkedIn, Instagram, Pinterest and Google+ are not toys to be played with; they are tools to be used very judiciously by businesses and nonprofits.