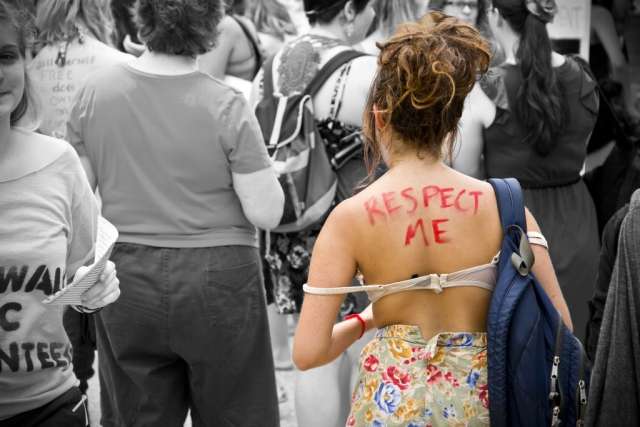 By now you’ve probably all heard of the #YesAllWomen craze. The hashtag has become an outlet through which Twitter users share personal, often specific, female experiences relating to harassment, discrimination and rape. It was born over the weekend in response to the Santa Barbara, CA. killings and is still alive and thriving almost a week later.

#YesAllWomen is being called a social media movement, as it continues to collect engagement, reeling people into the dialogue. According to Topsy, the hashtag has been tweeted over two million times since its birth.

While #YesAllWomen is very different from the majority of hashtags in existence and might stray from any hashtag dialogue you would want to start, everyone can learn from it. #YesAllWomen follows the recipe for a perfect hashtag and its lessons can help you create your own masterpiece.

#YesAllWomen: The Recipe for a Perfect Hashtag

The topics represented through #YesAllWomen are ongoing, persistent women’s issues. Yet, if the gender-driven killings in California had not taken place and Elliot Rodger’s women-hating video had not been seen, the hashtag undoubtedly would not have been so strong or lived so long. Because this hashtag blended perfectly with an internationally recognized news event, it caught more attention.

Connect your hashtags to current events and trends as much as possible. In this day in age, our attention doesn’t usually stay in any one place too long, so strike while the iron is hot to pick up more steam.

As I said, the #YesAllWomen hashtag is unlike the majority of other hashtags. Being unique and pushing a different message can certainly make any hashtag you create stand out, thus gaining more attention. If you try to start a hashtag that blends in with the millions of others out there, it will be nothing worth talking about.

Being memorable sort of goes along with being different, but they’re not exactly the same. You can create something that’s different, but if it’s not memorable, it could still fall flat. There are other ways, in addition to being unique, to keep your hashtag etched in people’s minds. Think of #YesAllWomen; not only is this a one of a kind hashtag, but it’s also clear and to the point.

Keeping your hashtags crisp and simple is of the utmost importance if you wish it to be memorable – and why wouldn’t you want people to remember it? Avoid complicated mish-mashed phrases and words. It will be harder for others to recall, which will leave them outside your desired circle.

#YesAllWomen says so much in just twelve characters. This is ideal. Because tweets can only hold 140 characters, you don’t want to waste precious space. Plus, keeping it sweet and snappy will make it easier for people to remember.

When creating a hashtag, you need to know your target audience and always keep them in mind. Every woman or man posting under #YesAllWomen knows who will be reading their content, and they post for the audience’s sake just as much as for their own expression.

Again, your audience will probably be much smaller than that of #YesAllWomen. If you’re struggling to target your readership, look at the work done by Seoul Foreign School (SFS), an international nonprofit school. The school is dealing with a significantly smaller audience than #YesAllWomen, but demonstrates the ability to target followers well – from the smaller perspective. Anyone interested in tweets regarding SFS can search #sfs4u. They know their target audience is small and specific, and so they kept it very simple for them. At the same time, @SFS4u is also the school’s Twitter handle, so they made their hashtag memorable, as well.

Lastly, be relevant; tap into what other people are thinking, feeling and experiencing. #YesAllWomen is a dialogue about a timely issue, and it happens to resonate with tons of women all over the world. It’s wildly relatable, which entices people to join the conversation. You might be targeting an audience smaller than every woman in the world, but #YesAllWomen still demonstrates an important point.

When you know whom you’re aiming to reach, it’s much easier to tailor your hashtag and make it effective. Whether you need it to be deep or light, reach the masses or just a small community, creating a good hashtag has a recipe. Stray from the above ingredients or accidentally leave one out, and you might not be happy with the results.