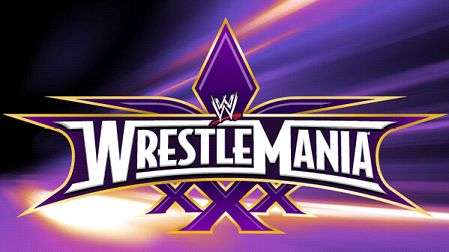 For professional fans across the board, there is no period of seven days that is as eventful as WrestleMania week. As we find ourselves in the middle of WrestleMania week, there is a tremendous amount of excitement building up to the biggest wrestling event of the year, WrestleMania 30, on April 6th. One of the reasons why this particular WrestleMania is so important is because it will be the first pay-per-view featured on the WWE Network, the on-demand streaming service recently released by World Wrestling Entertainment.

While I – just like every other wrestling fan – am excited for WrestleMania, it wasn’t until an article on Variety came to my attention that I started to realize the potential mishaps that could surface. The article spoke about WrestleMania impact and how it would be the first true test to determine the WWE Network’s worth. One of the last points that the article mentioned was the idea of glitches during the WrestleMania live stream. With this in mind, could WrestleMania impact negatively WWE’s social media credibility?

In my view, it only would be impacted in this way if there were irreparable problems with the WrestleMania stream upon its airing on Sunday (e.g. the WWE App crashing). Wrestling fans are some of the vocal individuals in the world and they are not shy about taking to the Internet in order to air their demands in addition to their grievances. For example, one of the most popular wrestlers in the company today is Daniel Bryan, who will wrestle in not one but potentially two matches at WrestleMania. The fans utilized social media platforms in order to bolster support for Bryan, which was instrumental in him becoming as big of a star as he is. As great of a wrestler as a particular athlete might be, only when he or she can earn the support of the audience will success be attained.

In my view, the WWE Network’s future hinges on whether or not WrestleMania airs smoothly. Any online marketing company in the world can say the same, especially when it was reported that WWE invested a tremendous amount of money in the Network. Specifically, WWE stated that it would have to reach one million subscribers in order to break even. Anything higher would be, in essence, extra money in the pocket of Vince McMahon. Is it possible that a greater number of subscribers can translate to more positive social media activity, though? Not unless the Network itself can function smoothly.

The WWE Network launched less than two months ago on February 24th and, in my experience, there are still issues with the service in question. Everything from sporadic rewinds to sudden drops in video quality has been noted, even outside of live streaming content. This is where my concern for WrestleMania stems from, since I am sure that various Facebook posts on WWE’s fan page and tweets directed at WWE will be made at the first hiccup during WrestleMania. Considering that WrestleMania is when practically every WWE Network subscriber will be tuning in at the same time, it’s not out of the question to be concerned.

Do you feel as though WWE will meet this challenge head-on, thereby saving face on the social media front? Do you hold little to no faith in the company? Please leave your thoughts below!

See also:  How to Hitch Your Brand to the Super Bowl Using Social Media