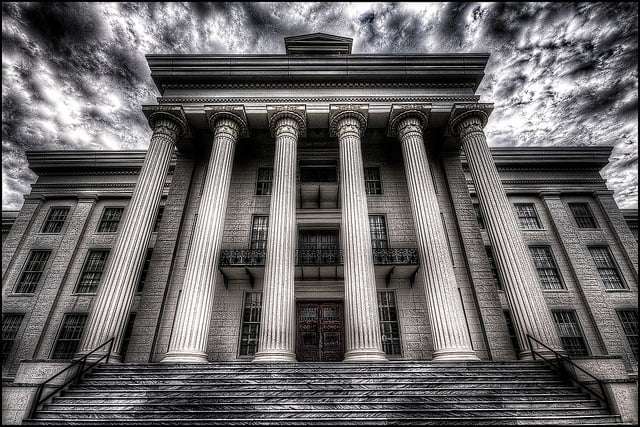 Facebook has recently introduced what is being called a “real name” policy, designed to prevent companies from using personal profiles to advertise events and products.

Why companies use personal profiles

Facebook allows companies to pay for targeted advertisements. However the overall reach is dictated by the price a company is willing to pay, meaning smaller companies have struggled to compete. The average price of Facebook ads was revealed to have risen by 123% in August this year, whilst impressions have fallen by 25%. To be seen more you have to pay more, but the ever-rising costs to be seen are not always affordable. On top of that, Facebook will even limit a company’s visibility with its own fan base, in an attempt to increase ad sales.

In reaction to this, many smaller companies and event organisers started setting up personal profiles for their businesses. This way, they could post statuses and updates to their fans without visibility being restricted. This worked well for those businesses for a time, but not anymore, as Facebook has introduced a new set of guidelines for the names it allows: 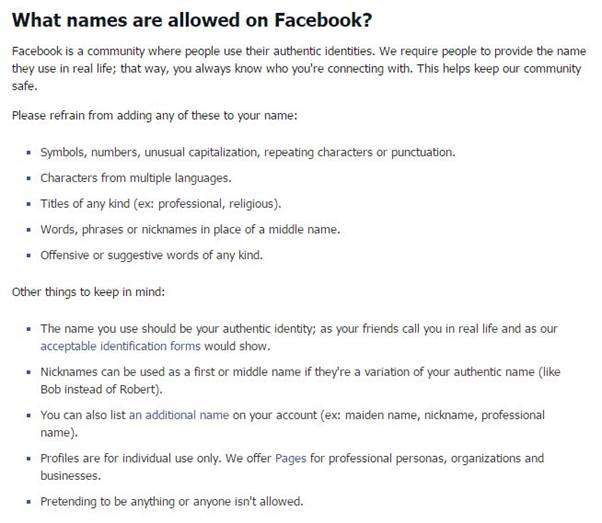 So How Will These Guidelines Affect You?

In short, there will be no more free advertising for businesses. If Facebook believes a profile is using a business name, it will ask the owner of the account to provide proof that the name is authentic. In the case of many companies, this will not be possible.

From a regular user’s point of view this will likely seem a positive move from Facebook as it reduces the likelihood of spam accounts being run by fraudulent businesses. However, the policy seems to be affecting people too. So far, users with nicknames or unusually-spelled names like Nikki, Daz, Thom, Tomas, and Khloe have been experiencing problems, with Facebook flagging them up as spam.

Many users in the drag-queen community have been affected highlighting how the policy may affect groups of individuals which Facebook has shown support of in the past. Over 6,000 have signed a petition, claiming that Facebook is ignoring the many legitimate reasons some of its users choose to use alternative names, such as safety from bullying and other harassments.

According to Facebook however, this policy shouldn’t be a problem; if your name is flagged up, all you have to do is prove your identity to Facebook by providing identification: 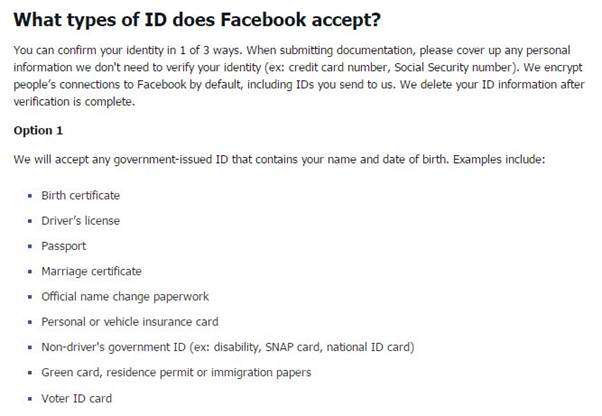 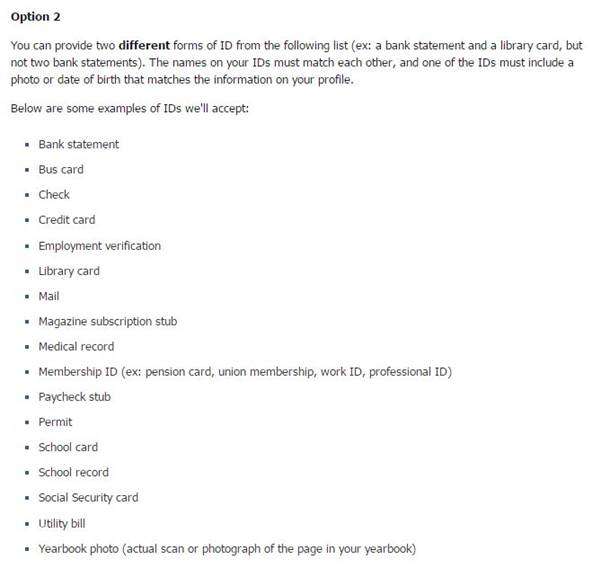 Despite these ways of verifying your real name, those who use different names are not always going to have them on their official documents. For example, John F. Kennedy liked to be called Jack, but his official documents would say his name was John—the interchangeability of the two names isn’t reflected on official documents. It’s therefore likely you’ll have to change your Facebook name if you do get flagged up.

The policy has also raised concerns of who will be able to view a user’s personal information. Facebook has admitted that user information affects targeted advertisements, and legislation in the United States allows the government to access user data from Facebook, even if the user is based in another country. Campbell Williams of Six Degrees Group explains that data can actually be requested by international government bodies even if the individual does not live in the country in question, as the law an international company chooses to adhere to will be entirely based on its own political and geographical allegiances.  The Foreign Intelligence Surveillance Act allows the US government to access data about foreigners who live outside of the states, if their data falls within US jurisdiction. Websites which store user data on US servers fall into US jurisdiction. Williams argues that more questions need to be asked of whether international users are prepared to share their data with organisations like the US government.

In Facebook’s case, it is an American company, meaning it will likely act in American interests, which may involve handing over data: your data.