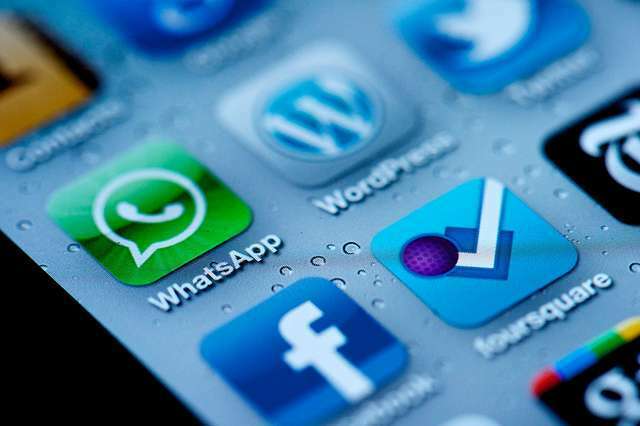 It can be hard to keep up with the new social media sites and apps that seem to be constantly popping up. In case you hadn’t heard, one the most buzzed about applications recently is WhatsApp Messenger.

WhatsApp it’s an inexpensive – $0.99 per year after a free first year – app that allows people to stay in touch with their family members. One of the best parts of WhatsApp is that there are no international charges, making it ideal for talking to friends and family who are out of the country.

You may be studying abroad and want to keep in touch with your mom, or you might be a military spouse wishing to discuss going back to school while your husband or wife is out of the country. We all have many reasons for wanting to talk to someone who is far away and relatively few services available for as cheap as what is offered by WhatsApp.

What’s interesting about WhatsApp is that for now, the majority of users live in Europe, Latin America and India. It is only just starting to capture buzz in the United States, which could lead to millions more users in the future if the app’s popularity catches on stateside.

What Can You Do With WhatsApp?

So, what’s up with WhatsApp? When using WhatsApp, you can contact others through texting or chatting. Rather than just speaking one on one, WhatsApp also allows the option of group chats. This can be great if you’re doing a group discussion about a program on TV for which you want to react together, even if you’re all far away from each other.

Privacy and security remain major concerns when using tablets and smartphones. Hackers can access all sorts of important information, including bank account and credit card numbers.

WhatsApp claims that messages are encrypted and that what is shared between app users is not stored in servers. There is some concern as to how true WhatsApp security claims are.

In Canada and the Netherlands, the company is currently being investigated over whether or not a person’s phone number could be registered without their permission. They are also required to individually block numbers they do not want associated with the account. This may result in people who do not even use WhatsApp having their numbers stored.

Facebook recently purchased WhatsApp for a whopping $19 billion dollars. WhatsApp is a potentially profitable app, seeing as it boasts hundreds of millions of users.

Still, not everyone is convinced that this deal is necessarily a good thing. For instance, groups have complained to the Federal Trade Commission about the acquisition.

One major complaint to the FTC involved the fear that Facebook would take the private information routinely provided by WhatsApp users and sell them to third parties or use the information “for advertising purposes”.

Speaking of advertising, the “no ads” policy WhatsApp had was a major selling point. Ads are a nuisance to many internet users. Social media sites that initially had no ads slowly abandoned the policy, and there is concern that this policy may already be headed for the dumpster.

So long as not too much tinkering occurs, WhatsApp should remain an ideal and affordable communication tool. Still, even a sensible formula does not guarantee an app or social media tool will remain popular forever. In order for WhatsApp to survive, it must avoid being seen as a “fad app” and instead be seen as a constantly updating and improving tool that is affordable and essential for easy communication.

What do you think about this “what’s up with Whatsapp buzz”, for the last few weeks?