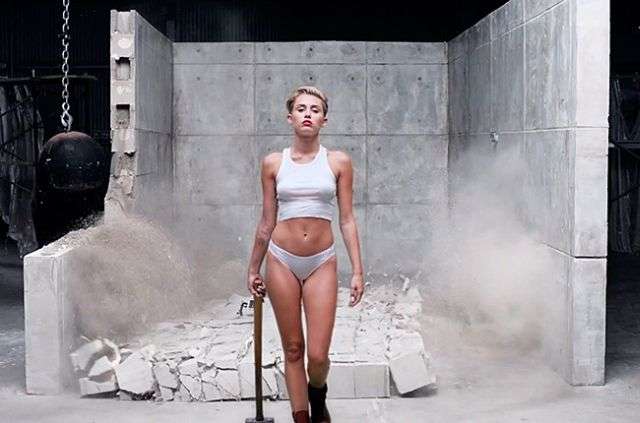 The Viral Video of the last Week and the the most shared clip of this Top 3 Viral Videos is the new sexy video clip from Miley Cyrus – Wrecking Ball.

After a tremendous and pervers performance on VMAs 2013, Miley Cyrus is on the center of attention, again. The new song from Miley Cyrus had reached 2.1 million shares and almost 108 million views on YouTube in just one week (it was published on Sep 9, 2013)!

Our last nr.1 Viral Video of the last week: Ylvis with his song: “The Fox” is the second most shared clip of this edition. If on the last week the song had almost 1.5 million shares, this week it has more than 2 million and reached 31 million views on Youtube.

On the 3rd position in our Top 3 Viral Video of the Week with 800.000 shares is the new song from Katy Perry: Roar. This weekly top of Viral Videos is made with the data from Unruly Media.

Miley Cyrus’s new video clip: “Wrecking Ball” is clear the sexiest clip in this edition of our Viral Video Top of the Week but… is this song your favorite song from this top or not?