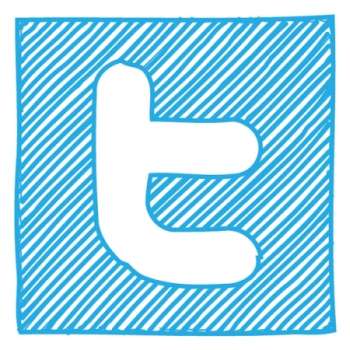 Are you following anyone on Twitter you usually enjoy hearing from, but occasionally get overwhelmed on days they remember they have a Twitter account and write fifty tweets in a minute? Or maybe you’ve felt obligated to follow back a co-worker or a family member only to discover they exclusively tweet — shudder — original poetry.

Twitter is about to introduce a new “mute” feature designed to help you navigate those potentially awkward situations when you don’t want to hear from someone, but you don’t want them to know that. Unlike the block feature, the user you’re silencing won’t be able to tell that you’ve muted them. It’s pretty much the Twitter equivalent of hiding a Facebook friend’s activity from your newsfeed.

How Does It Work this New “Mute” Feature?

Once you make the decision to mute someone, you won’t see that person’s tweets or retweets on your timeline and won’t get any SMS or push notifications from them either. You also won’t know if they reply, retweet or favorite any of your tweets, since muting them doesn’t prevent them from seeing any of your activity, only you from seeing theirs. It doesn’t completely shut them out though: @ replies and mentions are still visible.

The mute feature seems like better of an idea than the last similar move Twitter made regarding blocking users. Back in December, Twitter let blocked users still see the tweets and profile of the person who blocked them. There was a big outcry, and Twitter changed the settings back right away.

What Could You Use It For?

The mute feature doesn’t seem like it would lead to similar trouble. It’s not just useful for people who want to silence harassment or trolls, either. If you like following one of your friends, but don’t share their passion for tweeting a minute by minute update of every basketball game they watch, then you could mute them until the game is over.

And it doesn’t necessarily have to be sports related. Maybe you don’t like watching The Bachelor, and definitely don’t like reading tweets about The Bachelor. Though, depending on how serious you are about your hate for reality television, you might want to consider some permanent blocks in this situation.

Similarly, if you’re normally cool with somebody, but they get temporarily outraged over something you don’t want to hear about or you just flat out disagree with them, you can just silence them until they’re done spamming your feed with #CANCELCOLBERT. This way, your twitter feed is full of tweets you find valuable and actually care about. You can fill your feed with service updates from your dentist, articles from the New York Times and hilarious commentary on the latest award shows from your best friends.

All of the Block, None of the Awkward

The above examples are mostly temporary mutes, but there’s an entire other category of people you never want to hear from, but can’t take the social risk of blocking them. The obvious ones here are bosses, coworkers and those semi-distant relatives you followed out of a sense of obligation. This mute feature is going to save a lot of people from the discomfort of lying about how they deleted their Twitter account instead of owning up to a blocking.

Then there’s also the recent ex who you really would rather not get daily updates from. The mute would allow you to seem more mature by not reaching straight for the block, but also saves you from some lingering heartache.

Finally, if you’re one of those vain Twitter users who love to count their number of followers, the mute button allows you to silence your followers without losing any. Plus, if your numbers have been held back by those who will only follow you if you follow them — and you really don’t want to follow them — now you can do so without getting annoyed.