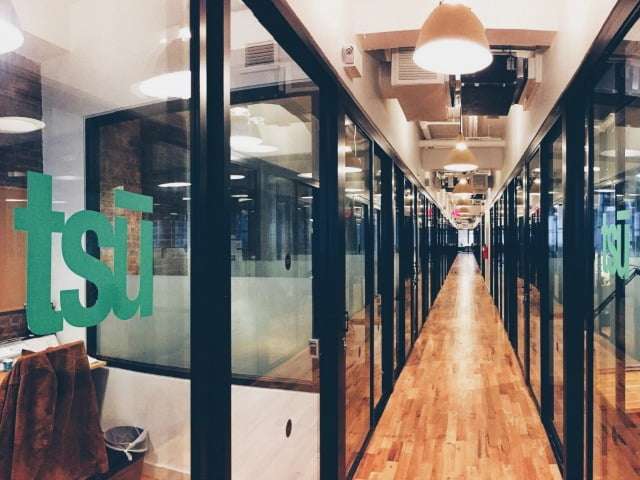 Making money directly from your social media activity. Sounds like a dream, doesn’t it?

I’m not talking so much about the marketing efforts, done by many online marketing firms, seen on social media networks likes of Facebook and Twitter. After all, returns are expected, regardless of how much time is needed. What I’m referring to is the collection of standard methods that we, as a user base, utilize on various channels. Posting new statuses, updating photo albums, you name it. Wouldn’t it be nice to make money from those kinds of actions?

Tsu: The Value of Social Activity

If successful, this idea could come to fruition. Tsu, a social network that recently launched, plans to bring revenue, generated from the website, back to its users. According to the social media upstart, 2 billion users across various channels, “create social content and get nothing for it”. Meanwhile, some of the heavy-hitters implement advertising and earn money because of their audiences. Tsu, in essence, has made the statement that users should reap some of those benefits.

How great can these benefits become, you may wonder? Mirror released an article that went into greater detail about Tsu, stating that the average user could end up making around $24 each day through the content they create. While this may not be a tremendous amount of money, it could incentivize people to try the website out for themselves. More than anything else, this news shows that Tsu is attempting to position itself as a worthy challenger for the likes of Facebook and Twitter. A lofty claim, to be certain, but competition is never a negative in business.

When companies are challenged by other companies, depending on how much pull they have in their particular industries, it makes for better products. Facebook and Twitter are seen, by many, as the two major names in the social media realm. While there are other popular social channels, there aren’t any two that are as well-known as these. Does this necessarily mean that Tsu can reach their levels of notoriety? It’s early to say but when given the fact that Tsu offers a prominent perk that the Facebooks and Twitters of the world lack, it’s important to never say never.

What goes without saying is that, without users, social media websites would not exist. No one would know what these channels were. As a result, it’s easy to see that there is validity behind Tsu’s stance on benefiting users. Why not reward them for the work that they do as they build the popularity of these websites, whether they realize it or not? As stated earlier, this site is still in its early stages. The potential it houses, though, could build to something worth recognizing come next year.

What is your take on Tsu? If you’ve tried it out already, are you in favor of what you’ve seen from this social media newcomer? Please leave your thoughts below!