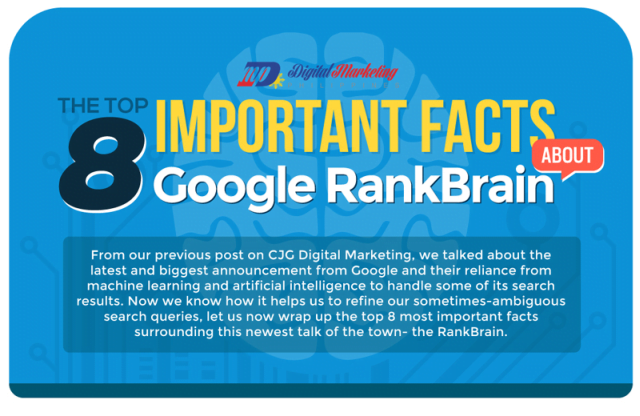 In the past recent years, we have witnessed how Google algorithm updates have drastically changed the landscape of the SEO industry. Though most of the updates are minor, there are major algorithmic updates that Google rolls out every few months that has a substantial impact in the search results, with Google RankBrain being the latest one. Now more than ever, it is imperative for marketers and SEO people to know and understand these biggest updates and how they play a critical role in their website’s page rankings.

It was not the first time that Google has released an update that really shook up the search results. Before it rolled out this machine learning system, Google has rolled two other major algorithms to penalize any useless web pages on its search engine result pages (SERPs). In 2011, Google sent an update under the codename Panda, which mission is to hunt and kill the rankings of websites producing low-quality content, affecting up to 12% of search results. Aside from thin content, it also cracks down on content farms, sites with the high ad-to-content ratio, and a number of other quality issues. The second algorithm, hiding under the codename Penguin, was released in 2012 with a mission to find websites with unnatural link profiles and kick them out from the search results. Now, these two ferocious algorithm updates have a new teammate, but this time, it is in a form of artificial intelligence, thus the RankBrain.

So far, Google RankBrain is considered to be the most radical update that Google has ever implemented throughout its search engine history. The way it changed the rankings of over 30 trillion unique web pages is so huge that it instantly became the third-most important signal or factor for ranking pages. Capable of self-learning, RankBrain helps Google to improve its process of refining results for unique and long-tail queries. With 15% of the total daily searches listed as unique and ambiguous, RankBrain is designed to effectively interpret and translate these searches through finding patterns and semantic relationship between those queries, which results to more refined and relevant results.

Having said that, it is safe to say that Google has a strong and firm stand in their goal to deliver a better user experience to their customers. While people are getting more and more satisfied with the results delivered on the first page of Google’s SERPs, most of the SEO people, on the other hand, are working at their best to make sure that their websites are optimized and ready to tackle any challenges posed by RankBrain.

The competition will also get tighter as Google RankBrain is designed to deliver meaningful results. This means that all the other articles that are less useful and complete than its counterparts will eventually drop their rankings, and websites that are optimized and are focused on delivering quality content will see better rankings. Another impact is that is that RankBrain would be the newest sledgehammer that Google is likely to use to fight spam and shut down black hat SEO practices in the future. As of now, RankBrain still targets ambiguous and long-tail queries, but there are many assumptions that RankBrain will advance further, overtaking links and on-site factors as the top ranking signals. Given its power of self-learning, it is not impossible that this machine-learning system will be able to detect and completely obliterate any black hat tactics that some SEO are still practicing even until this day.

So much for that, let us first enlighten our self by checking out the infographic below for the top eight facts surrounding the newest talk in the SEO town… Google RankBrain.