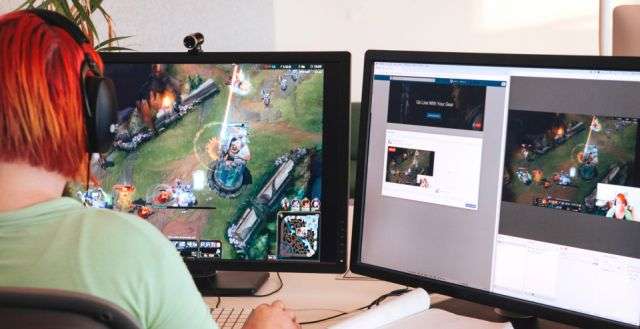 Last year, Facebook Live was unveiled to the masses and it went on to become a mainstay of the popular social media platform. Not only have everyday Facebook users taken advantage of it, both at home or on the go, but it became a capable business tool for online marketing firms across the board. Up until now, though, it could only be accessed via mobile devices, meaning that desktop has been largely ignored for almost a year. Recently, though, Facebook Live functionality covered untouched terrain.

As of this past Wednesday, Facebook Live can be used from the comfort of your desktop or laptop computer. Live desktop streaming through Facebook is simple to use, too. From your feed, all you have to do is click on “Live Video.” After following the prompts that you’re given, you’ll find yourself live streaming, your Facebook friends able to see and interact with you in real-time. It might have been about a year late, but this desktop functionality is a welcome addition. It’s not difficult to set up, either. Provided you have a streaming software, like Wirecast, installed on your system, you’ll be good to go.

When I first heard about the addition of Facebook Live desktop streaming, my mind immediately went to PC gaming. Many will argue that the PC is the strongest gaming platform today, which makes sense given how versatile is. Wouldn’t it make sense for gamers to live stream their playthroughs via Facebook, as opposed to going through an entirely separate social platform? Everyone has their preferences, as far as networking platforms are concerned, but Facebook is used for most means of communication already. The addition of gaming is logical.

It’s not like the value of Facebook Live’s new streaming method is limited to entertainment. It’s entirely possible that businesses can use it in order to better engage their customers. For example, if a technology company is scheduled for an upcoming convention, one of the attendees should bring their laptop. Once Wifi is accessed, he or she can set up a Facebook Live stream, recording the events of said convention as they unfold. This is just one example, but it paints a picture of what this service can do now that computers are part of the mix.

Today, there’s a fair amount of live streaming platforms. Ustream and Twitch are perhaps the biggest names, but it can be argued that they don’t carry the same weight as more well-known social media platforms. This is one of the advantages of Facebook Live and I have to imagine that it will gain more usage with its new functionality. Don’t be surprised if you start to see more vacation spots, convention footage, or Let’s Plays on your Facebook feed in the future.

What is your take on Facebook Live adding desktop and laptop functionality into the mix? Will this make you more compelled to use Facebook Live in the future? Please leave your thoughts below!

See also: How To Successfully Run A Facebook Live Broadcast?