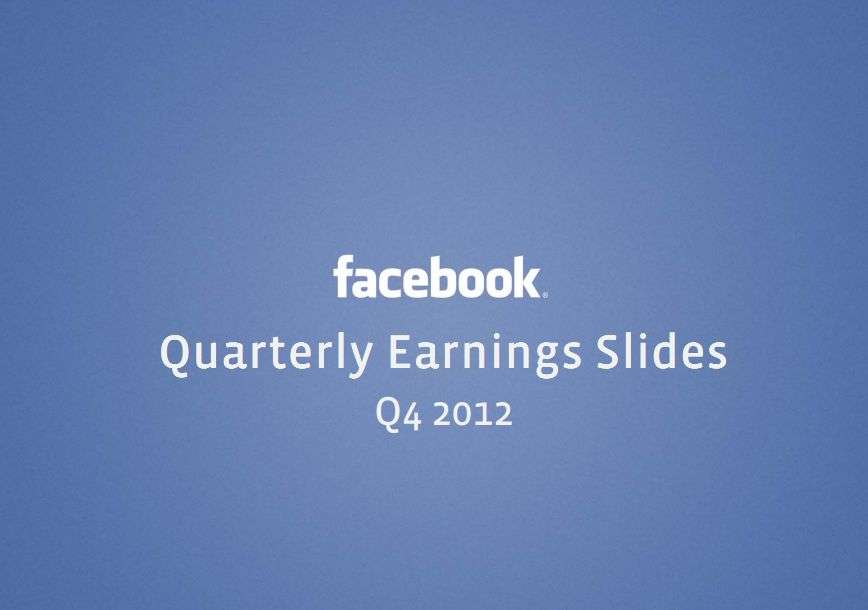 According to an analysis of data that Facebook  released last week, the percentage of monthly active users who use services from the social network daily, increased in Q4 of 2012. 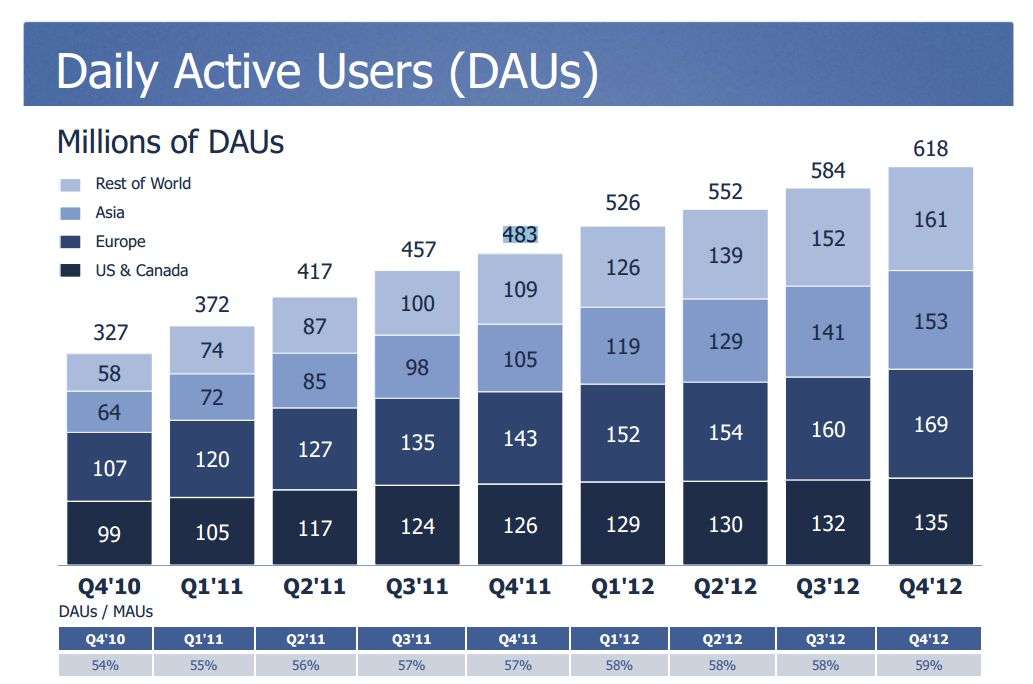 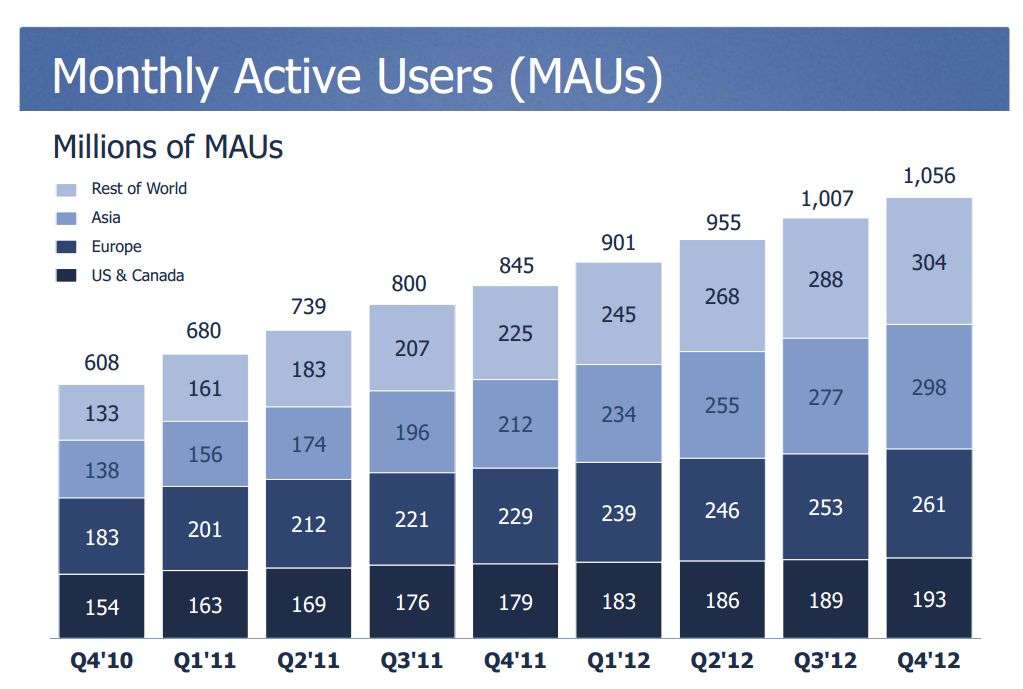