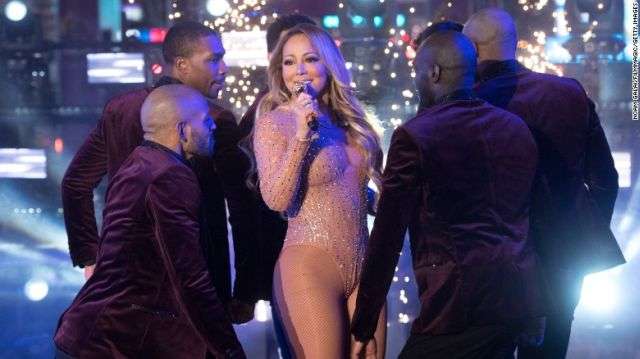 It’s a new year and one of the most common resolutions I’ve seen people make is perhaps the most surprising. Simply put, in 2017, they want to spend less time on social media.

If you think that this is a trend among your friends and family members alone, you’d be mistaken. Following her New Year’s Eve performance at Times Square, which received coverage for all the wrong reasons, Mariah Carey said that she would be “taking a break” from social media. Jesse Leach, the lead singer of heavy metal band Killswitch Engage, declared that he would be “disconnecting” from social media due to personal reasons. As you can see, this isn’t exactly an uncommon trend. It might be something of a lesson for us to learn from, though.

Why should people take breaks from the social media world?

One of the biggest positives of social media, across different networks, is that it has allowed us to consume more content than ever before. By clicking on to your Facebook feed, it’s not unusual to be greeted by a number of news articles, blog posts, and infographics. While this influx of content is good for a number of reasons, it can be argued that too much can lead to burnout. There’s only so much that people can take the same stories, occasionally accompanied by commentary from fellow users before they declare they’ve had enough.

There’s also been the growing trend of “fake news” that has made social media less fun to be part of. For one reason or another, journalists have been accused – understandably so, in certain cases – of either fabricating details or outright lying in the stories that they publish. This results in mistruths being reported, which the general public accepts as facts. It would make sense for people to get away from social media so that they stand a lesser chance of being exposed to “fake news.” While certain social media platforms have reportedly taken steps to prevent these stories from trending, it’s recommended that the general user researches them further. By reading publications from a variety of outlets, one’s understanding of the news becomes more well-rounded, not to mention accurate.

Another reason why social media breaks should be taken is to fully appreciate what the likes of Facebook, Twitter, Instagram and Tumblr have to offer. When you’re constantly on these websites, logging on more than a few times each day in some cases, you become used to what they offer. The magic, for lack of a better term, that was once present slowly fades away. It’s fun to tag a celebrity in a tweet the first few times, but it starts to become less enjoyable after a while. By allowing yourself time to get away from social media, you can return later down the road, this time with a renewed sense of appreciation for it.

Social media shouldn’t be done away with for good, which goes without saying. In addition to being one of the best platforms for general communication and entertainment, any online marketing firm will tell you that it’s crucial for expanding your business. However, there are instances when social media usage becomes too much. Breaks are worth taking; your favorite sites will be there when you get back.

What is your take on social media breaks? Have you found yourself taking breaks in the past, or plan to do so in 2017? Please leave any and all thoughts below!