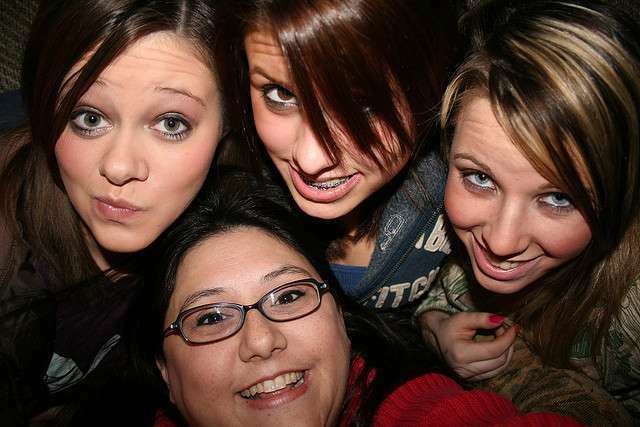 In the summer of 2013, a study from Pew Research Center came out that suggested teens were, like, so over Facebook. Though they did not report using the site less, they did report a kind of Facebook fatigue that sparked speculation that they’d soon be leaving the site. During every quarterly earnings call since then, Facebook chief executive officer Mark Zuckerberg has devoted a few minutes to detailing how teens are still totally into the site.

And yet some skeptics continued to argue that teens were leaving the social network. Well, there’s a new report out that should lay all this speculation to rest.

A study by eMarketer, a digital research firm, sheds some light on the whole teens and Facebook question. It says that kids ages 12 to 17 really aren’t leaving the site. Instead, they’re using it in different ways than they have in the past.

Ninety-six percent of teens will use Facebook this year, says the report, and that really won’t change over the next four years. What will change is the amount of time that teens devote to the site and how they use it to interact with their peers.

Researchers note that teens are not spending as much time on Facebook as they used to. Instead, they use it to quickly check in. Years ago, they would spend hours exploring the site and connecting with friends and companies, but in some ways the vastness of Facebook turns them off. They’d rather communicate in close contact with a few friends rather than hundreds of kids from school, and they can do that more easily on other social networks or apps.

So if they aren’t spending as much time on Facebook, where are they going? EMarketer notes a recent surge in interest in Instagram. Teenagers like the visual aspect of Instagram, which allows them to share bits and parts of their day without having to go through the trouble of actually writing out what happened, a la Facebook. With a quick snap on their smartphone, they can easily communicate with friends.

Teens are also increasingly using Twitter to keep up with friends. This is an interesting development because the social network lagged among teens in its early years. But it’s another case where the nature of the medium, which values short, sweet communications, appeals to younger people.

Of course, there’s one final thing about Facebook that could continue to turn teens off, and that’s the fact that their parents have embraced it whole-heartedly. Back in the days when only high school and college students could use the site, it felt like an oasis from parents. Now you’re just as likely to have a friend request from your mom as from the cute guy who sits near you in biology class.

Let’s face it, nothing is quite as cool when your mom does it. While Facebook may not be losing teen users, it’s certainly lost some cachet in that demographic since the invasion of the parents.

What are your thoughts about teens who are leaving Facebook?

See also: Teens, Trends and a 10-Year Anniversary: The Latest from Facebook