Social media is taking up more and more time in our lives, Nielsen’s 2012 Social Media Report tell us that the world collectivity spent over 59,000 years on social media. Thankfully there are some simple but effective ways to make your social media experience shorter with out leaving all things you love.

It’s called social media shortcuts, they allow you to make an action with a press of a key or two instead of moving your mouse and clicking. 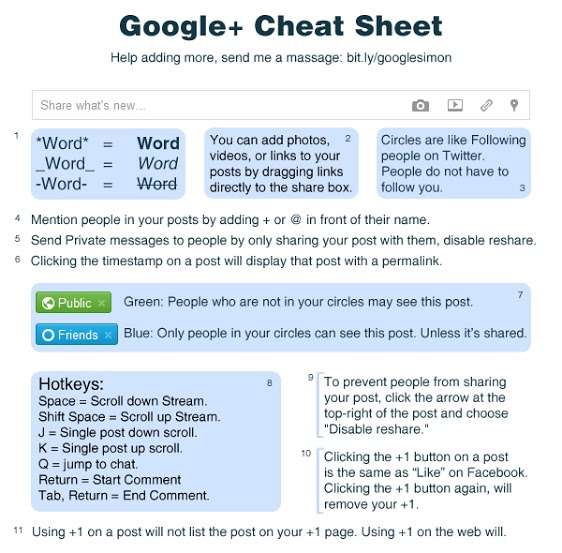 Shift-R – Reblog a post (no ability to add your own comments/tags, Alt-Click the reblog icon does this as well)

I like using the J,K and L shortcuts for Google+ as they allow me to quickly jump through posts that people have shared and easily find out what’s new.

Most of the shortcuts are tricky at first but the more you practice the easier it will become, try out some of the YouTube shortcuts on video below:

Know any other social media shortcuts? Share them below!