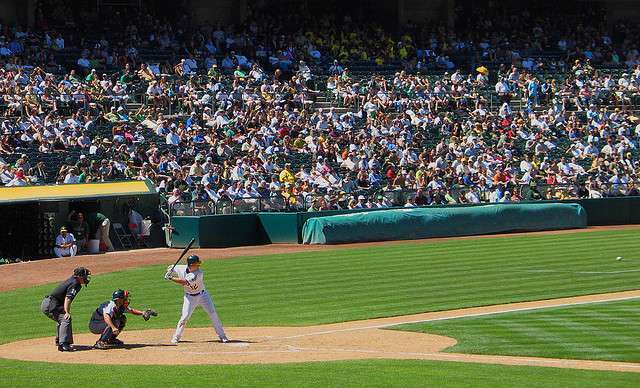 When one thinks of the impact social media has on American Society, we usually think about its effect on our social lives, or even its impact on big businesses and innovators. One area of American culture where you might be a bit surprised to find social media’s impact is on America’s pastime, Major League Baseball. In a lot of ways, baseball has always been considered a game of the past. Instant replay is still illegal in baseball and human error is still a very important part of the game. Yet somehow, despite some people seeing the game as a bit “old fashioned”, social media has found its way into the hearts of millions of fans and players of the game alike.

One of the best examples of how social media is affecting Major League Baseball is the sheer number of major leaguers on Twitter. Right now, there are roughly 750 active players in the Major Leagues. Of that number, 606 players are on Twitter. That’s over 80% of all baseball players! Besides the NFL, (which has more tweeting athletes simply because their teams are made up of bigger rosters), the MLB has the most tweeting athletes of any national sport.

It’s a historical truth that in baseball, many times the players are more willing to adapt to the changing times than the managers and organizations they represent. But in the case of social media, this doesn’t seem to be true. Many ball clubs are actually holding “social media nights” to get their fans to the ballpark. In the last three years or so, all 30 Major League Baseball teams have held a social media night. Each team does things a bit differently, from simply tweeting discounted tickets to their followers, to holding contests over their twitter accounts. Social media night is a great way to give fans a voice and complete the disconnect that can often be found between the blue-collar fans and the billionaire baseball owners.

Social media has given fans the right to change things in their favorite ballparks. For example: Last year, during the San Diego Padres’ social media night, club executives and former players stopped by the suite to chat with fans. One fan asked the team president why there weren’t any electric vehicle chargers or software near the ballpark. In the past offseason, the team installed five electric vehicle chargers on the ground floor of one of the parking structures. This kind of change is remarkable in any business model, and sometimes it’s hard to remember, but baseball is a business. In 2012 alone, the revenue for Major League Baseball was over $7.5 billion and is expected to reach $9 billion by 2014.

It will be interesting to see how social media will continue to change the game that America loves in future years. Judging by how well the sport’s adapted to the newest form of networking, we’ll get to see even bigger changes. For now, it’s exciting to just enjoy the ride and tweet our hearts out at our favorite players. One day, we might even get that illusive reply!