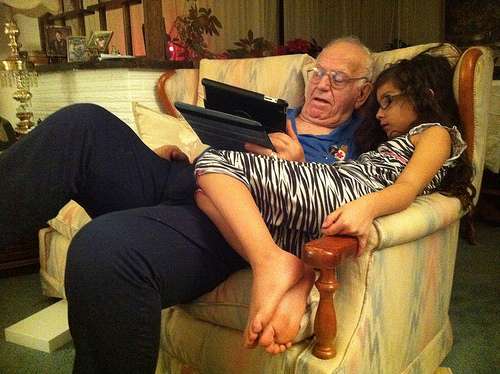 We know that social media and marketing go hand-in-hand for many businesses today simply because most consumers are very active on social media. But what about the very specific demographic of age 65 and up? In April 2012, for the first time, a study done by Pew Research found that more than half of senior citizens over 65 are using the Internet and integrating it as part of their everyday routine. While TV is still the number one form of marketing for seniors, social media, particularly Facebook, is very up and coming. Let’s see the best ways to use social media to market to seniors.

The largest growing demographic of social media users are people over 35-years-old, which may seem surprising to a lot of business-minded people who think of social media as a young man’s game. According to a poll by Forbes, 11% of all Facebook users are seniors, and that’s over 14.8 million users! It’s a demographic in business that should not be overlooked. A lot of companies are branding specifically to seniors on social media platforms. Let’s look at the best practices of this business area.

Not surprisingly, AARP is one of the leading businesses when it comes to social marketing to seniors. AARP is a nonprofit organization for people 50 or older and has over 40 million members. AARP conducted a poll and found that Facebook, Yahoo, YouTube and Google are the four most popular websites for senior citizens online.

AARP’s best practice is the content they post to their social media platforms. Most of it relates directly to their members in the most personal way possible. To engage their specific audience, they post about ways to spend time with grandkids and grown-up adult kids, taking those big trips you put off until retirement and other items of interest.

While it may sound like a simple concept, a lot of marketers forget the importance of speaking to their audience to reflect their brand in the best way. AARP has over 62,000 Twitter followers and over 1 million Facebook fans, which is very impressive for a company page, no matter what demographic you’re appealing to.

Merrill Gardens is one of the largest senior citizen assisted living care providers in the U.S. The company is taking their appeal one step further by widening their net to the children of seniors as well as seniors themselves. They have a handful of social platforms including Facebook, Twitter, Instagram and even Pinterest. On Pinterest, they’ve created different boards including ‘Car Memories’, ‘Spending Time at Merrill Gardens’ and quite a few others that appeal to both seniors and grandkids alike. Appealing to multiple generations across social media is interesting concept that seems to be working for the assisted living care provider.

It’s important not to overlook a generation that makes up so much of our population. Statistics don’t lie, and it’s more important than ever to be in touch with an older generation that is very in touch with technology. These percentages are only expected to grow in the upcoming years as baby boomers grow older. Now’s the time to appeal to seniors through social media marketing.