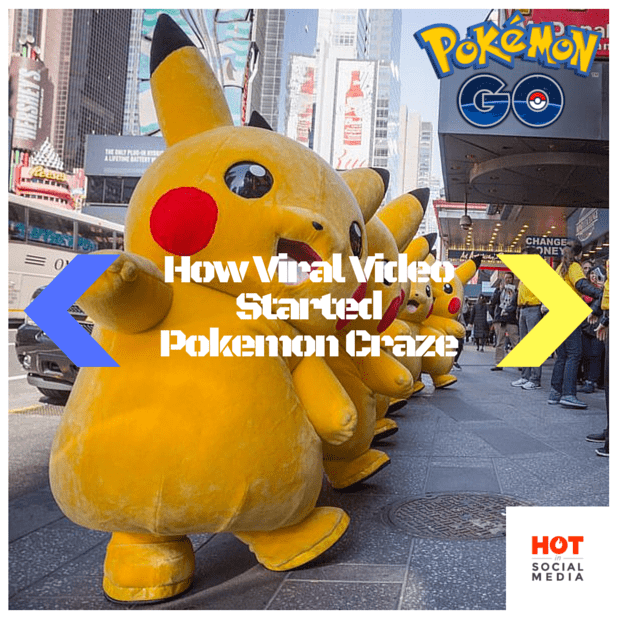 The Pokemon Go phenomenon or Pokemon Craze has absolutely taken the world by storm… or is storm an understatement? What do you call those things where, like, asteroids crash into the planet? It’s more like that than any storm I’ve seen. It almost reminds me of when Pokemon was originally released as a Gameboy game, cartoon, and trading card game back in 1997/98.

A lot has changed in the world of how games are marketed since then, just as a lot has changed in how games are played since then. The Pokemon team have changed with the times. Their online guerrilla marketing campaign has been limited, but highly effective. They’re celebrating 20 years of Pokemon, and Pokemon Go has been the highlight of the party.

It all started with a YouTube video 10 months ago

You may not remember this, but 10 months ago Pokemon released a video which previewed Pokemon Go’s basic gameplay concepts in a somewhat fantastical manner. The video goes a bit further visually than the game we have now, but it certainly inspired the gamers who are playing it now to download it:

The video has gone on the be their most viewed video of all time: 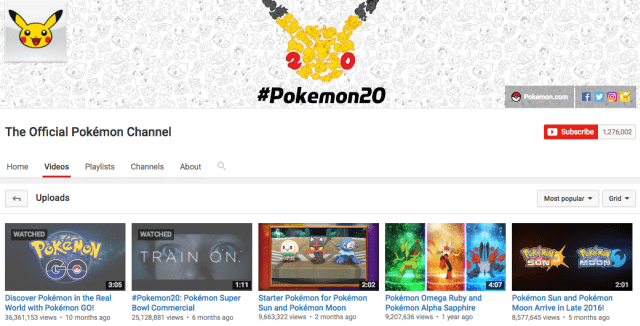 I watched it at least 5 times…

Any way that you look at it, this video was the moment that millions of people immediately understood what was coming. When the game launched these same millions of people downloaded the app, gotta catching ‘em all, and the rest is video game history or Pokemon Craze video.

User generated content on YouTube has also been huge. Many gamers seem to have created some sort of Pokemon Go video. Everyone from the famous PewDiePie:

Pokemon must have known how huge the Let’s Play gamers were going to get into this and left them to do most of their video marketing for them. If people are going to do your work for you, why not let them while you focus on other things.

First, let’s talk about how everything Pokemon Go is having major server issues. At the time of this writing, July 28, it was taking phenomenally long for the website to load. The developers behind this game knew it would be big, but they clearly did not know how big, or prepare for traffic overage. 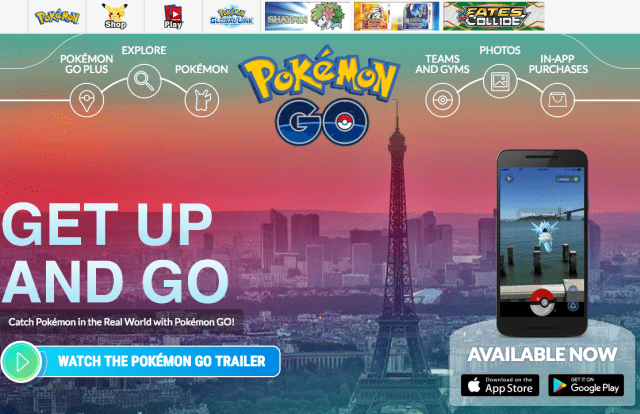 The phone scrolls through different images of Pokemon game footage. The triangle pattern on the bottom scrolls from left to right. And there’s more to scroll down and see. A truly first-class website for 2016.

The bar along the top looks out of place on purpose. It takes you to other websites. The 6 circles next to the Pokemon Go logo are clickable options which take you to different aspects of the game on this website. Let’s look at each one, and I’ll explain how it helps onboard new users:

From left to right, how we commonly read, Pokemon Go is showing what they consider important in their online marketing. First, they want to sell these Plus devices in mass, mass quantities. They also want to help people learn how to play the game because without people playing they make absolutely no money. Once people know how to play they want them to make in-app purchases.

They have deliberately placed their money making tools on either side of their ‘how to’ content. It’s a smart move for a company which, at the end of the Pokemon Craze, wants to make some money.

A strong Twitter presence will help any marketing campaign, and Pokemon started their Twitter marketing very early on with #Pokemon20. This hashtag has been an overall celebration of the entire Pokemon brand. From trading cards, to merchandise, to the cartoon, to the newest games.

Before Pokemon Go was even released the hype for the games was building. Who wouldn’t start getting nostalgic when Pikachu shows up in Times Square:

Correction, 5 Pikachus! This stoking of the nostalgic fire was central to how they built the hype for the game, and it clearly paid off.

Now let’s talk specifically about the Pokemon Go official Twitter account. All of the above content has come from the official Pokemon account. The Pokemon Go account is much newer, has very few tweets, and has mostly been used as a support account. They’re letting people know they’re aware of server issues:

The issues causing the server problems have been identified. Trainers should once again be able to search for Pokémon in the real world.

And they’ve let people know when the game is available in new countries:

Pokémon GO is now available in Canada! Discover and capture Pokémon all around you. pic.twitter.com/uTXwIk85IZ

They’ve also retweeted some fun tweets from a couple other famous accounts on Twitter:

We caught a @Pokemon in free agency! #GottaCatchEmAll #PokemonGo pic.twitter.com/Ks2Em8CyeX

The official Pokemon Go Twitter account has a long way to go before it becomes a truly powerful marketing tool. The main Pokemon account can carry the load for now while Go works on growing its follower base.

To touch on the matter, Pokemon Go shares the exact same content on their Facebook and Google+ accounts as their Twitter. It feels like they’re in a holding pattern on social media while they have an ‘all hands on deck’ moment with their servers and supporting a game which has become much bigger than they ever planned for.

What has made Pokemon Go so successful is, first and certainly foremost, the fact that they made an incredible game. The second step was creating a video which captured the imaginations of millions of people who grew up with Pokemon. The last step was the entire celebrations around #Pokemon20 and all of the hype it built for coming release of the biggest success story in mobile gaming.

Pokemon’s situation is unique. There aren’t many games that have been as successful, across as many platforms (TV, playing cars are part of this too) and in as many countries as Pokemon. Amping up the nostalgia factor before the release was a big aspect of what made it so huge. This history will propel the game while their social media and servers, are a bit underperforming at this time.

What to Look for in a Solid Enterprise eCommerce Platform