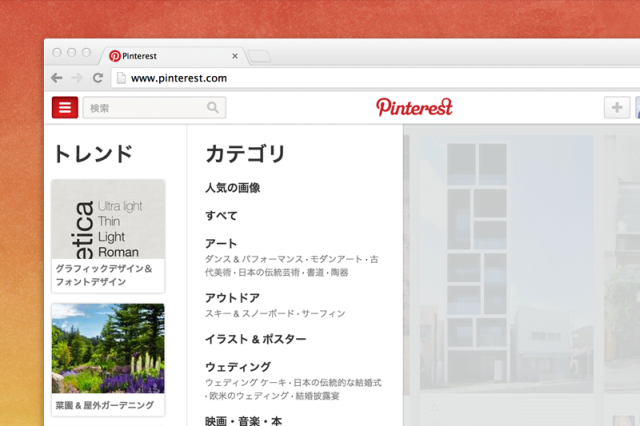 Pinterest Japanese Edition is not just about switching the language, Pinterest has also added some features available only for this Japanese version like: a sub-category that focuses on 100 different hair styles, paper crafts and other miscellaneous goods.

Although Pinterest is available in more languages like: Spanish, German, Dutch, and Portuguese, they offer a localized version (website and mobile app) only in : the UK, France, Italy and now Japan.