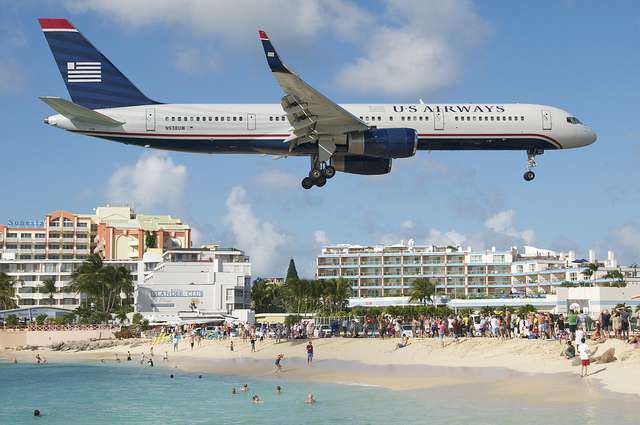 Talk about your Twitter fails. U.S. Airways accidentally tweeted out a lewd photo when addressing a customer complaint on April 14, sending a decidedly NSFW picture of a naked woman and a toy plane to a woman who had complained about her late flight. The mix-up occurred when U.S. Airways flagged the inappropriate photo, which it had received from a spammer; but instead of getting rid of the image, it redirected the link to its Twitter feed.

The airline immediately erased the tweet and apologized, but taking something off your Twitter feed doesn’t delete the crisis. The airline’s bungle immediately became one of the top trending topics on Twitter for the day, and U.S. Airways was forced to issue a statement explaining how the mistake occurred and apologizing once again.

Can the airline bounce back from this huge gaffe? Only time will tell, but in the meantime it would be wise to follow these steps to overcome a major social media blooper.

How to Overcome a Major Social Media Blooper

Tempting as it may be to apologize again and again, it’s not the best move. This continues to put your mistake in the top of customers’ minds when you want to be moving beyond it. Issue a sincere apology and make it clear you understand what you did wrong. Then move on.

Internally, conduct an investigation into how the problem happened. Did one person screw up, or is an entire team to blame? Decide whether the offense is fireable or if the person deserves another chance based on their previous track record. If they’re fired, don’t throw them under the bus publicly. That will just add fuel to the flames.

3. Figure Out What Could Have Been Done Differently

Often there are measures you can take to ensure that a mistake doesn’t happen again. If someone tweeted something a little too flip, perhaps you should institute a proofreading policy; before any tweet can be sent, a second person has to read it and sign off on it. Or, in the case of U.S. Airlines, check outgoing links to make sure they’re correct.

If the tweet was sent because your in-house staff has gotten so overwhelmed with work that they’ve become sloppy, it may be time to outsource. Or, vice versa, if you outsourced your social media feeds and ended up in hot water, it may be time to take them back in house.

You will take a beating in the eye of the public, but people are quick to move on. Get a positive story out there to help them move along more quickly. For instance, U.S. Airways might send out a release about its program allowing people to donate frequent flyer miles to charities. A gas and oil company like Cunningham Energy might issue a study about their top-rated environmental practices. And Chipotle, which once admitted to hacking its own Twitter account to get attention, could do another push to recognize the farmers behind its food.

Sounds obvious, right, but you need to make sure your brand does not make the same mistakes again. Something tells me that U.S. Airways photo was a once-in-a-lifetime kind of disaster.