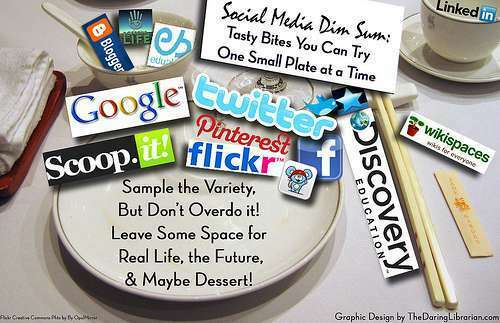 As recently as five years ago, it’s likely that businesses could coast by and remain successful while largely ignoring the social media networking sites that seemingly sprouted up overnight.

But today, you can’t afford to ignore social media.

There are over one billion users on Facebook. More than 560 million people send tweets on Twitter. Google+ boasts in excess of 400 million active users, while Pinterest, Instagram and LinkedIn have 70 million, 150 million and 240 million users respectively.

Even if those numbers alone don’t tell the full story, maybe this one should: If a customer is irate and takes to social media to complain to your business, there’s a 42% chance that person expects a direct response to their complaint within one hour. Considering the nature of social media and the fact that complaints left unattended could potentially become virtual firestorms generating terrible publicity, it’s in the best interest of every business to realize that social media is not only here to stay — it’s quickly becoming something that is more integral to success than anyone could have conceived a decade ago.

No matter what time of day, what day of the week, even what time of the year you ask, anyone in the business world will tell you the same thing: “I’m busy.” We’re all pulled in a million different directions each day and, in today’s ever-evolving business world, it’s not far-fetched to consider the fact that even if your title doesn’t change within a year, it’s likely your job responsibilities will as more tasks are added to your plate.

But with 97% of marketers taking to social media to advertise — and 86% of them indicating that social media marketing is important to their business — it’s simply not conceivable that businesses neglect the management of their various social media profiles, assuming they wish to remain competitive for the foreseeable future.

How much time are you spending?

What You Can Take off Your Plate

Let’s assume the case has been made and you’re in agreement that you simply can’t afford to ignore your business’s social media presence any longer. With this in mind, it’s imperative that you take a step back and look at your business to determine specific areas where you can benefit from outsourcing.

Imagine, for example, that you’re the owner of a marketing company that is publicly traded. You’ve got a talented team of young writers on your staff, and you use some of them to transcribe board meetings, earnings calls and focus groups. Other times, you have them take down meeting minutes.

Perhaps the energy of these bright assets can be directed elsewhere, like in the management of your social media channels. And why shouldn’t it be? These writers are a generation younger than you and understand the nuances of social media. Rather than wasting their talents on mundane tasks, in this example, perhaps you should consider outsourcing those tasks by making use of transcription services. Doing so frees up vital resources that could be directed toward more mission-critical aspects of your operations, while giving you the peace of mind that comes with employing the services of a reputable company.

If, on the other hand, you feel as though you don’t have the right resources in-house to manage your social media presence, you could consider hiring a social media management firm, outsourcing that function instead. But because of how important managing social media is, it might be in your best interest to keep that job wholly under your company’s own purview — or at least consider moving the job under your umbrella as soon as you can.

Whatever you decide, the point remains the same: social media cannot be ignored. While in the past social media might have been on the backburner when it came to your business’s long-term plans, this can no longer be the case. Assuming, of course, you wish for your business to stick around.

Is your business capable to ignore social media channels, nowadays?

See also: Social Media Risks – How not to Damage your Organization’s Brand