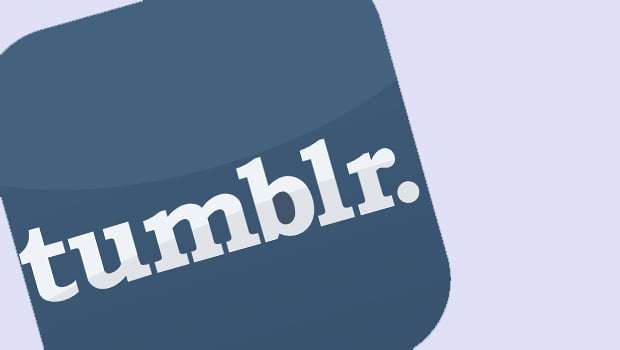 When you think about any social media website:  Facebook, Twitter, Pinterest, it doesn’t matter – what are some of the immediate aspects that spring to mind? I’m sure that anything from general functionalities to character limits will be brought to mind. However, what about social media as it relates to its various audiences? I bring this point up because, after reading an article on Adweek, there seems to be a bit of focus set on how “wealthy” said audiences are.

Specifically, believe it or not, Tumblr may have the wealthiest audience out of any other well-known social media network. For a number of marketers, it is the channel to go to. One of the reasons why this is the case is the proposed $80,075 median household income for Tumblr users. Compare this Facebook, which has a media household income of $70,124, and you can see why Tumblr might be an attractive platform for advertisers to go after. It’s wise to go where the money is, after all, so why shouldn’t Tumblr be utilized? 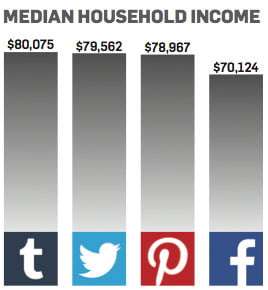 This news struck me, to say the least, as someone who considers himself a frequent Tumblr user. Ever since I opened my own account a little over one year ago, I have likened the platform as something of an artistic network. Yes, Tumblr has more than its fair share of memes, cute animal posts and the like but there’s a focus on art to be seen as well. Everything from visual media to written pieces can not only be posted on the site but brought to the attention of various Tumblr users, provided the right tags are implemented. To put it into simplest terms, this is the place for creative minds to gather.

What I believe to be the most engaging piece of information is the idea of purchases made on Tumblr. Adweek stated that 90 percent of Tumblr’s audience, “…have been inspired to buy something.” In fact, more than half of the Tumblr audience has taken it upon themselves to make purchases from their dashboards. Keep in mind that most Tumblr users spend copious amounts on the site, as opposed to simply logging in to check on the statuses of their friends and followers. When a website has a strong engagement level, users tend to stay logged in for longer. As any online marketing firm will state, this can translate to sales if the proper measures are set in place.

Is Tumblr a smaller platform? By comparison to the Facebooks and Twitters of the world, this argument is quite strong. However, there’s a certain appeal to this website that other networks lack. More than anything else, social media users are engrossed by visuals. What does Tumblr have, in large quantities? Visuals. Regardless of the genre they are tied to, it’s clear that this medium is emphasized on the microblogging site in question, which helps to make it not only a wealthy platform but one that businesses should focus on more than they probably are.

What is your take on this story and the view that Tumblr has one of the wealthier audiences on social media? Please leave your thoughts below.