A leak in Instagram’s Android code helped Ishan Agarwal notice that Instagram might soon introduce music in stories. The code reveals the possibility of adding a music sticker to your stories, just as you do with the other stickers they are offering. Another novelty that has not yet been revealed is the fact that Instagram might detect a way to identify a song you are listening to and give you the possibility to share it with your friends and followers. 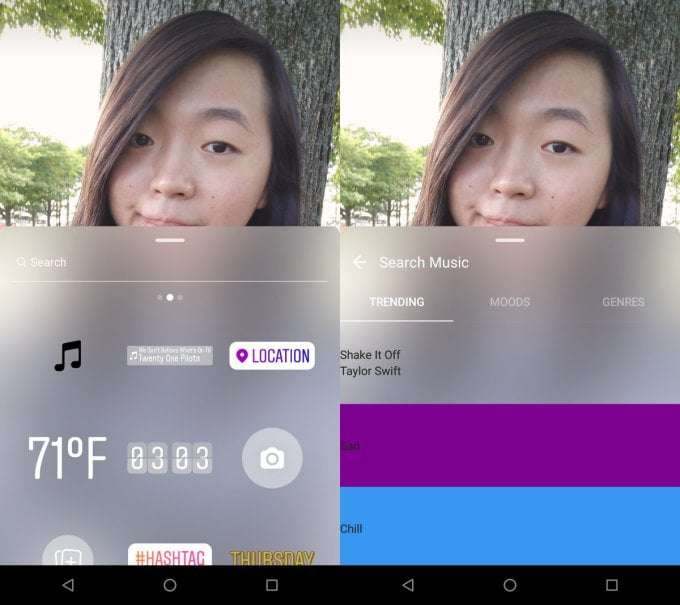 It is very clear that with the latest updates on Instagram, the social network is trying to become a very complex platform that will help you both keep in touch with your friends in different ways – such as direct messages, stories, video calls, to be able to find and buy products you are interested in or make reservations to several services you need.

Recently, Instagram has introduced sharing posts in Stories from third-party apps, including Spotify and SoundCloud. Can this be a sign of what Ishan discovered and for what’s to come from Instagram? Maybe.

Should other platforms such as Shazam be afraid of the new algorithm that would allow Instagram to discover music that people are listening to and share it with their followers? Maybe. Because this can turn into a new feature for the platform and, with the multitude of users, it can bring other platforms down.

A first step that Facebook has made in this direction is making licensing deals with companies such as Warner, Sony, Universal, and other European companies for content.

It is not yet clear how the music stickers will look like and how will they behave, but it is possible to be added to both photos and videos. A nice possibility would be an algorithm that would allow users to listen to the song they saw in a story on a specific music platform they like – iTunes, Apple Music, Google Play, Spotify, Soundcloud or YouTube.

What do you think about those rumors? Do you think they will come true?

See also: The most important Instagram news launched at F8