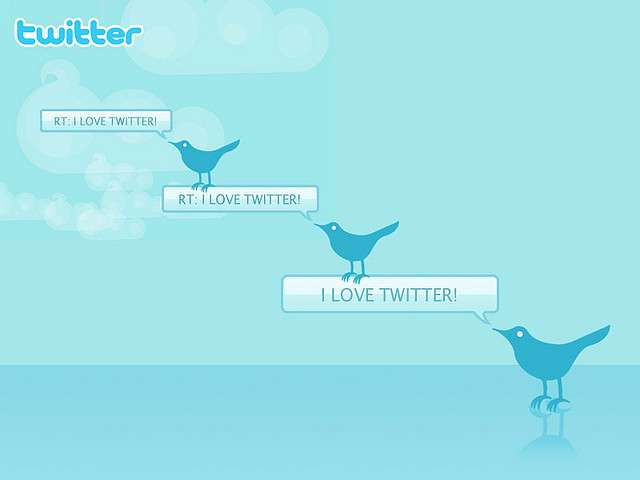 In 2014, Twitter remains in the top 3 most popular social networks. This is why bloggers and content marketers have become masters of cultivating retweets. The secret is that…well, there is no secret to their success. Harnessing the power of Twitter regarding how to get more retweets, simply requires perfecting optimal timing and maintaining content quality.

While these strategies can appear rather complicated at first glance, they really boil down to those two points.

The tricky part with Twitter is that, while it can offer a tremendous benefit to your inbound marketing strategy, it can also waste a great deal of time if done improperly. Twitter has 241 million monthly active users and this stat was published in February of 2014. Thus, you have a great opportunity in front of you and not a tweet to lose.

So, how to get more retweets?

Twitterland: Timing Is Everything

Unless you’re a college student in your early 20’s, life basically revolves around daily rhythms. Knowing this, it makes sense that most marketing opportunities are heavily dependent on timing. Twitter is no different; social media engagement is at its highest point on weekends.

Sundays have high engagement from social media, but for Twitter, this is basically the golden window for retweets. The best time of day is late afternoon into evening, dropping off past midnight.

On weekdays, we see retweets peaking from 4p.m. to 5 p.m., and again around 10 p.m., with a low point at 3 a.m. to 6 a.m. – which stands to reason. During the morning commute, Twitter has the highest CTR (click-through-rate), which is interestingly almost a low-point on retweets. However, people are more likely to retweet while returning home from work and just before bedtime.

To review, be sure to blast your tweets during the following times:

Retweetable Tweets and Tweeting to Get Retweeted

What you tweet is just as important as when you tweet. What you want to avoid doing is wasting peek retweet windows with attempts that simply go unnoticed. This is actually easier than it sounds.

Statistical analysis of the character traits that are most likely to get retweeted is quite easy to find. For instance, Crazyegg has an excellent post on what tweets get more retweet love than the rest.

In addition, it’s important to realize that you’re trying to interact with real people. A fantastic common courtesy, that tends to result in a higher rate of retweets, is giving more than you ask to receive. Retweeting will help build appreciation among your followers and in turn, people generally enjoy helping out the folks they like. It’s just good manners.

On a more technical note, there are a few Twitter “hacks” that have been statistically proven to work.

Tweets that include links have an 86% higher likelihood of being retweeted. However, the character count sweet spot for link laden tweets is between 120 and 130 characters. Therefore, if you want to Tweet about some new sales techniques you picked up, you might want to phrase your Tweet like so:

“Would have had a way harder time getting my house sold if I hadn’t found these #salestips! So much less of a hassle after that: (Then link here)”

This text is 128 characters long and includes the link that other home sellers will want to investigate. The hashtag will also help spread the word to other interested users and further increase the number of Twitter shares.

If the tweet doesn’t contain a link, ones with fewer than 100 characters will see a 17% chance of getting retweeted. Lastly, tweets that come included with hashtags get twice the user “engagement” than those that do not. So, when you tweet…

What to Take Away From This

If you want to increase the amount of retweets you receive, then you’re going to need to do some research on your audience. If you can think like your followers, then you will have a good idea about what they like and what they will want to share with their own followers.

As for the technical “hacks,” getting retweets is also a matter of timing and content. Of course, this is also true with basically any other platform for inbound marketing, so this shouldn’t come as much of a surprise.