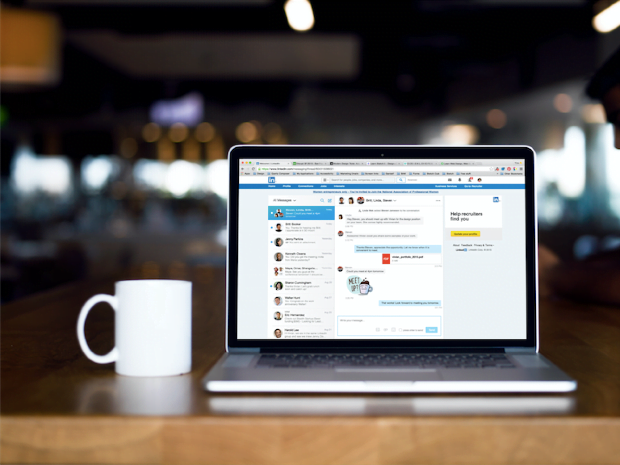 LinkedIn has had a busy couple of weeks, it would seem. Last week, SlideShare was rebranded in order to include the name of the aforementioned social media network, though no drastic changes were made in terms of functionality. This would not be the end of new developments, as it seems like LinkedIn messaging function has been adjusted as well. Anyone who has utilized LinkedIn can tell you that messaging was built with an inbox-like style.

This doesn’t seem to be the case any longer. According to a recent blog post by Mark Hull, the Director of Product Management at LinkedIn, messaging will take on a more short-form layout, ensuring that communication will be done in quicker, more streamlined fashion. To say that this has an impact would be an understatement, especially when given the changes in which we communicate with one another.

One can make the argument that streamlined communication has been the norm since social media first started to gain ground. However, I would make the claim that Twitter cemented this. Simply put, those who browse the Internet are usually not looking to have extensive conversations with others. More than anything else, they want to present snappy messages that tell the recipient everything they have to know. From my perspective, keeping things simple is the logic behind the changes made to LinkedIn’s messaging feature.

Hull went on to say that LinkedIn messaging will take place via chat-like system, meaning that comments can be exchanged quickly; this wasn’t the case with the previous method. Yes, email-style messages are great for the sake of preservation, but they aren’t always conducive for immediacy. Also, if you feel like your messages are a bit too bland, you have the option to include emojis and stickers. With these elements, conversation can be done in more relaxed fashion, though LinkedIn users who are looking for jobs may want to exercise caution when including them.

The best thing about this feature is that virtually no one will be left out of the loop. Are you someone who accesses LinkedIn primarily through your personal computer? You’ll be able to take advantage of this new LinkedIn messaging system. What if you’re more of an Apple or Samsung user that enjoys mobile experiences? The aforementioned system will be brought to iOS and Android, respectively. As communication changes, so does the litany of tools used to keep in touch with others. This is one of the next changes carried out by LinkedIn, and it’s easy to see that it has promise.

What is your take on the changes made to LinkedIn messaging system? Do you feel like it’s a logical step forward or did you prefer the previous messaging model? Please leave your thoughts on the matter down below!

Byte App – Everything you need to know about the successor...