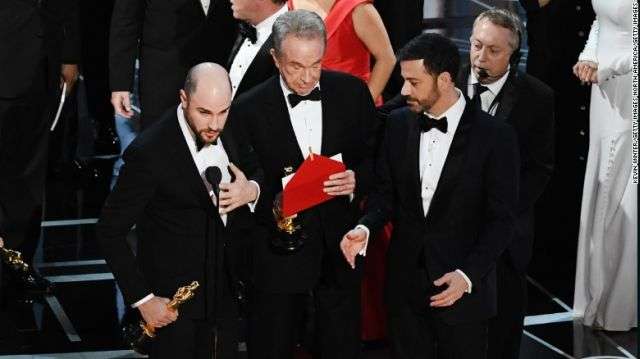 Following the Oscars fiasco this past Sunday, the Internet was treated to a brand new meme. For those that didn’t watch the Oscars, “La La Land” was originally announced as the Best Picture, only for the award to quickly be rescinded and given to the true winner, “Moonlight.” This moment took place onstage in front of the world, which resulted in both awkwardness for all parties involved and the development of a new Internet meme.

It didn’t take long for the Internet to poke fun at the on-air error, creating a litany of Oscar card pictures with funny mistakes. Some of the most popular ones include “Space Jam” and, if you wish to venture outside of film, “Atlanta Falcons” for the Super Bowl 51. One can make the argument that this will be one of the more memorable memes of this year, but it begs a question that a number of online marketing firms have most likely been asked in the past.

How does to create memes?

It’s hard to give a straight answer to this question because simply put, a meme cannot be “created.” There’s no tried-and-true formula that can result in the next Grumpy Cat or Success Kid. Otherwise, I’m certain that the Internet would be flooded with so many joke images that it’d be difficult to keep up. If someone were to tell you that they would create the next big meme, the appropriate response would be to dismissively wave them off.

Memes cannot be manufactured like clothes in a factory. Instead, they have to pick up steam to the point where everyone becomes familiar with them. As a wrestling fan, when the “RKO Outta Nowhere” meme became popular a few years ago, I saw everyone share it. Even those who couldn’t care less about professional wrestling knew of the meme and found humor in Randy Orton delivering the RKO in random situations. It was ridiculous, to be certain, but that’s largely why people were drawn to it. When a meme appeals to multiple audiences, it’s safe to call it a success.

Even though a meme may be creative, it has to be shared in order to become a phenomenon. It’s not like your friends and family members are the only ones that will get onboard. Social-savvy companies understand the power that memes hold, meaning that they will most likely create their own images to share. What this does is keep them in the loop, not only in terms of popular culture but their audiences as well. If a piece of media becomes popular, there’s no use fighting against the waves. It’s in a company’s best interest to ride them to the fullest.

If you’re an Internet marketer whose goal is to create the next big meme, chances are that you’re going to be disappointed. You cannot force a piece of content to become popular. As a matter of fact, it’s tough to predict when a meme will develop. Whether it’s someone tripping over their shoelaces or a guest uttering the next big catchphrase on Dr. Phil’s show, what becomes popular tends to be unexpected. In this writer’s opinion, that’s is the magic that memes possess.

What do you think about the Oscars incident this past Sunday? What do you believe is needed for a meme to take off? Please leave any and all thoughts in the comments!