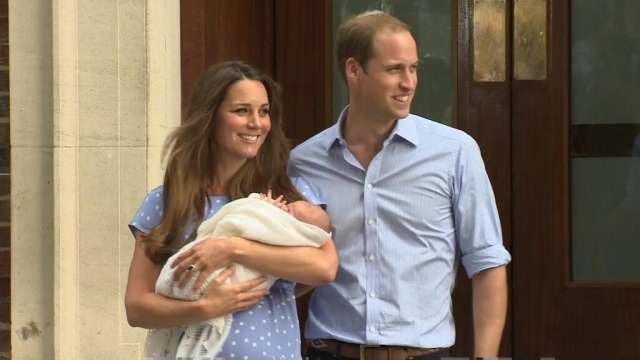 Yesterday (July 22, 2013) Kate Middleton, Duchess of Cambridge, gave birth to a  baby boy at 4:24 p.m., as the world found out from the Twitter account of Clarence House  (the official London residence of Prince William and Kate).

Her Royal Highness The Duchess of Cambridge was safely delivered of a son at 4.24pm

After the newest member of the British monarchy was announced, social media channels were flooded with tweets, hashtags, images and comments about the #RoyalBaby.

As the world was obsessed about this Royal Baby event, brands speculated the moment and prepared custom and fun tweets, photos and videos for this Royal celebration.

Below you can see the most interesting and fun posts on the official Twitter accounts from some of the well known brands like: Coca-Cola, Pampers or Oreo.

Which of these Brands had the best reaction for this Royal baby on Twitter, in your opinion?

And then there were three. Congratulations! pic.twitter.com/wzIDmfKsxH