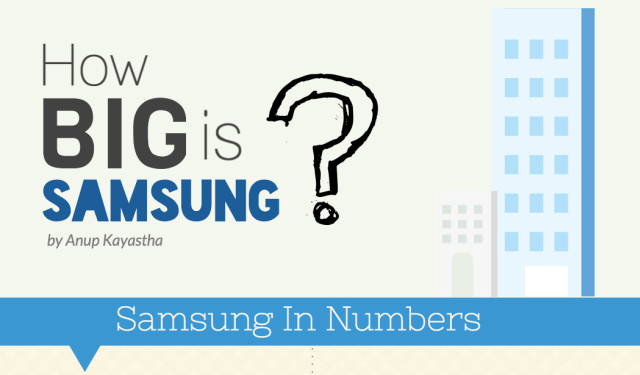 Samsung is one of the most valuable brand in the world. It ranked on the 7 position both in 2014 and 2015 with a valuation around $45 Billion.

Samsung is known especially for its electronic products (TV, smartphones etc) made by their Samsung Electronics division.

But, did you know that Samsung is a giant company that has more employees than Apple, Google and Microsoft… all combined?

Did you know that the world’s tallest skyscraper: Burj Khalifa (828 metres), was built by Samsung?

Here’s a list of the main milestones in Samsung’s history:

If you want to know more stunning and unknown things about Samsung, check out “How Big Is Samsung” infographic below, made by TufiTech.