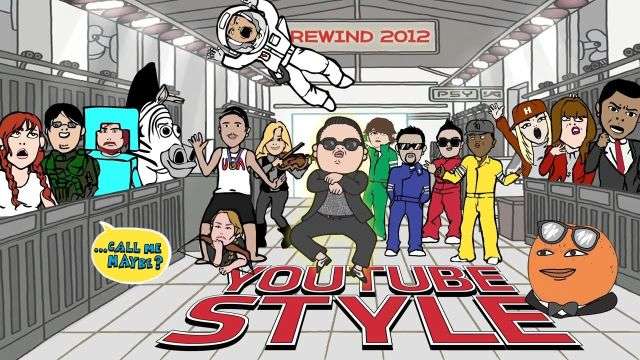 After “Gangnam Style” officially became the most-viewed video in YouTube history and is quickly approaching 1 billion views, YouTube published a video mix starring in the spotlight: RealAnnoyingOrange, BarelyPolitical, iJustine and AlphaCor, singing this already famous hits of 2012: “Gangnam Style”, and other great hits of the year: Carly Rae Jepsen – Call Me Maybe.

In just two days “Rewind YouTube Style 2012” has raised nearly 20 million views and has all chances to become a true viral video.

How many million views will have this video mix by the end of 2012?