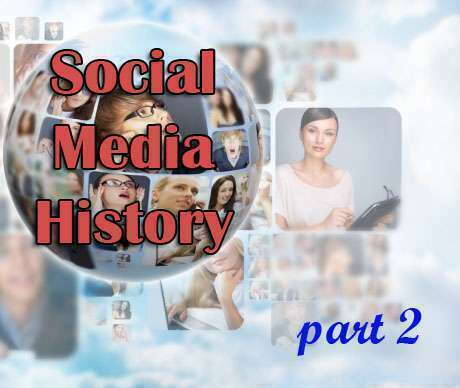 Friendster was really the first modern, general social network. Founded in 2002, Friendster is still a very active social network, with over 90 million registered users and over 60 million unique visitors each month. Most of Friendster’s traffic comes from Asia.

Hi5 is another major social network, established in 2003 and currently boasting with more than 60 million active members according to their own claims.
Profile privacy works a bit differently on Hi5, where a user’s network consists of not only their own contacts, but also second and third degree contacts.
Users can set their profiles to be seen only by their network members or by Hi5 users in general. While Hi5 is not particularly popular in the U.S., it has a large user base in parts of Asia, Latin America and Central Africa.

LinkedIn was founded in 2003 and was one of the first mainstream social networks devoted to business.
Originally, LinkedIn allowed users to post a profile (basically a resume) and to interact through private messaging. It also works based on the assumption that you should personally know the people you connect with on the site.
Gradually, other features have been added, including groups, question and answer forums, and advanced profile features, including real-time updates.

MySpace was founded in 2003 and by 2006 it had grown to be the most popular social network in the world. MySpace differentiated itself from competitors by allowing users to completely customize the look of their profiles. Users could also post music from artists on MySpace and embed videos from other sites on their profiles.
Blogs are also a big part of MySpace profiles, with each member automatically getting a blog. In 2006 MySpace introduced MySpace IM, an instant messaging client that lets users chat with their friends. Other recent additions to MySpace’s functionality include the addition of real-time status updates and a news feed showing friend activity.

While Facebook started out as a Harvard-only social network back in 2004, it quickly expanded to other schools, then to high schools, businesses and eventually everyone by 2006.
In 2008 Facebook became the most popular social networking site, surpassing MySpace, and it continues to grow.
Facebook does, however, allow users to post photos, videos and otherwise customize their profile content, if not the design.
Facebook has added a number of features over the past few years, including instant messaging/chat and apps. Users have a few different methods of communicating with one another. Private messaging is available as well as writing on another user’s wall. Wall posts are visible to that user’s friends, but usually not to the general public. Users can easily change their privacy settings to allow different users to see different parts of their profile, based on any existing. Users can post notes that are visible to all of their friends. Users can also comment on or, more recently, “like” the posts of their friends, and conversations often occur within the comment sections among multiple people.

Ning is a platform for creating niche social networks. Networks are hosted by Ning but can take on their own personality and can even pay to have their own branding instead of the Ning brand. New users can either create social networks for any niche they choose or join any of more than 1.5 million existing networks.

Flickr has become a social network in its own right in recent years. They claim to host more than 3.6 billion images as of June 2009. It also has groups, photo pools, and allows users to create profiles, add friends, and organize images and videos into photo sets/albums.
One of Flickr’s major advantages is that they allow users to license their photos through Creative Commons, as well as retaining all copyrights.
Flickr has also recently launched a collection called “The Commons”, which features archived photos and images from a variety of museums and other institutions under a “no known restrictions”.

YouTube was the first major video hosting and sharing site, launched in 2005.
Users can upload videos up to 10 minutes long and share them through YouTube or by embedding them on other websites (social networks, blogs, forums, etc.).
YouTube now allows users to upload HD videos and has recently launched a service to provide TV shows and movies under license from their copyright holders.
YouTube’s major social features include ratings, comments, and the option to subscribe to the channels of a user’s favorite video creators.

Revver took a slightly different approach to video hosting and sharing.
While YouTube, Metacafe, and most other video sharing sites let you post videos for free and didn’t pay content creators for any advertising revenues their videos generated, Revver has been sharing revenue from the start.
Revver splits the revenue generated by a video 50/50 with that video’s creator. Some other video sharing and hosting sites are moving in the direction of revenue sharing, but Revver still remains the primary one that does it with all content on the site.