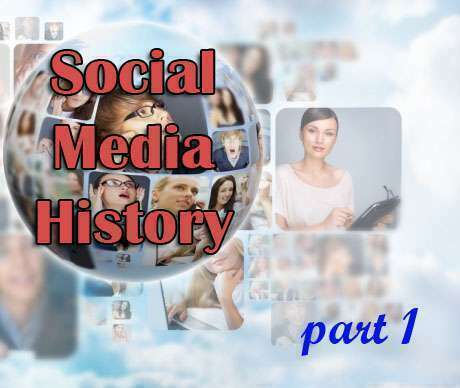 Social media is media for social interaction and is using highly accessible and available publishing techniques. Social media uses web based technologies to turn the  communication into interactive dialogue.

About social media I’d say that it is a group of internet based applications which allows the creation and exchange of user generated content.

Social media are distinct from industrial or traditional media, such as newspapers, television, and film and they are relatively inexpensive and accessible for anyone to publish or access information, compared to industrial media, which generally require significant resources to publish information.
One characteristic shared by both social media and industrial media is the capability to reach small or large audiences. The properties that help describe the differences between social media and industrial media depend on the study.
Social media has become an integral part of modern society. There are sites to share photos, videos, status updates, sites for meeting new people and sites to connect with old friends.

Here is a short history, evolution and influence in social media

Usenet systems were first conceived in 1979 by Tom Truscott and Jim Ellis. Usenet lets users post articles or posts to newsgroups. Group sites such as Google Groups and Yahoo Groups use many of the conventions established by the original usenet systems.

The first BBSs came online in the late 70s. Originally these were primarily hosted on personal computers and users had to dial in through the host computer’s modem. Only one person at a time could gain access to the BBS.

IRC (Internet Relay Chat) was developed in 1988 and used for file sharing, link sharing and otherwise keeping in touch.
It was really the father of instant messaging as we know it today. IRC was mostly UNIX based though, limiting access to most people.
ICQ was developed in the middle of the 90s and was the first instant messaging program for PCs. It was at least partly responsible for the adoption of avatars, abbreviations (lol, dnd, brb) and emoticons.

Dating sites are sometimes considered the first social networks. They allowed users to create profiles and to contact other users.

Online forums also played a large part in the evolution of the social web. These were really descendents of the BBSs popular in the 70s and 80s, but usually came with a more user friendly interface, making them easier for non technical visitors to use. Various forum platforms, including vBulletin and phpBB, were developed, many of which are still used for forums. While many people consider dating sites or sites like Classmates.com to be the first social networks, they don’t really fit the definition.

Six Degrees was launched in 1997 and was the first modern social network. It allowed users to create a profile and to become friends with other users.
While the site is no longer functional, at one time it was actually quite popular. In 2000 it was purchased for $125 million and in 2001 it was shut down.

These sites cropped up in the years following SixDegrees’ launch, between 1997 and 2001. They allowed users to create profiles and add. Users could create professional, personal and dating profiles on these sites.
While they were some of the earliest social networks, there were only a few innovations among them.

LiveJournal started in 1999 and had a different approach to social networking.
While Six Degrees allowed users to create a basically-static profile, LiveJournal was a social network built around constantly-updated blogs.