Google’s social network who was branded as a failure or a “ghost town” by large portions of the media in 2012, grew in terms of active usage by 27% to 343 milion users to become the second social network of the planet, as the guys from GlobalWebIndex said.

Google+ who was the 4th on the top 10 social networking sites in 2012, had crossed 500 million register users in december 2012 with more than 105 Million Unique Monthly Visitors.

The fastest growing network in 2013 in terms of “Active Usage” was Twitter which grew 40% to 288 milion and Facebook have also 33% growing of their active users to reached a totally of 693 milion users globally. 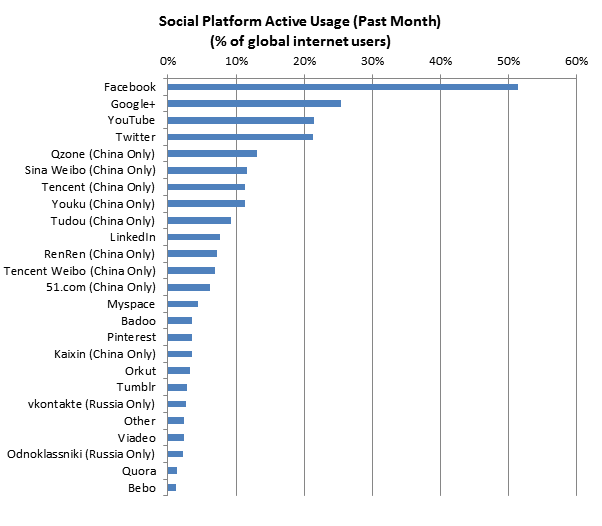