Tenor seems to have a great time lately. After being acquired by Google a few weeks ago, they have now signed a partnership with LinkedIn in order to provide GIFs for the platform’s messaging feature.

Why is so important to use GIFs in LinkedIn Messages?

More and more people are using GIFs in messages, so LinkedIn wants to keep up with trends, following other messenger platforms. They say that for the next generation of professionals, GIFs are already a means of communication, just like emojis are as a second language.

LinkedIn’s perception in the users’ eyes is that it is the only serious network, where professionals meet in order to have business chats. But lately, they have taken a turn that is surprising its users. From filters that you can add to both your photos and videos, to the ability to add native videos, it seems it is turning into just an ordinary social network, just like Facebook or Snapchat.

LinkedIn messages have seen an increase in usage in the past year with almost 60% since they have introduced the active status. What does active status mean? It means that whenever a contact of yours on LinkedIn is online, a green icon appears next to their name. This brought more interaction between the users because whenever you wanted to chat with a professional in your network, you could see if he or she was online. This is also a feature that we can see on Facebook.

How does it work?

In order to send a GIF to a coworker or a friend, you will have to take the same steps as within the other social networks: open a chat window; compose a new message; tap on the GIF section; select the GIF you want to send and tap on it.

Even though LinkedIn introduced GIFs some time ago, the partnership with Tenor brings more life to conversations, having access to the whole library of the platform. 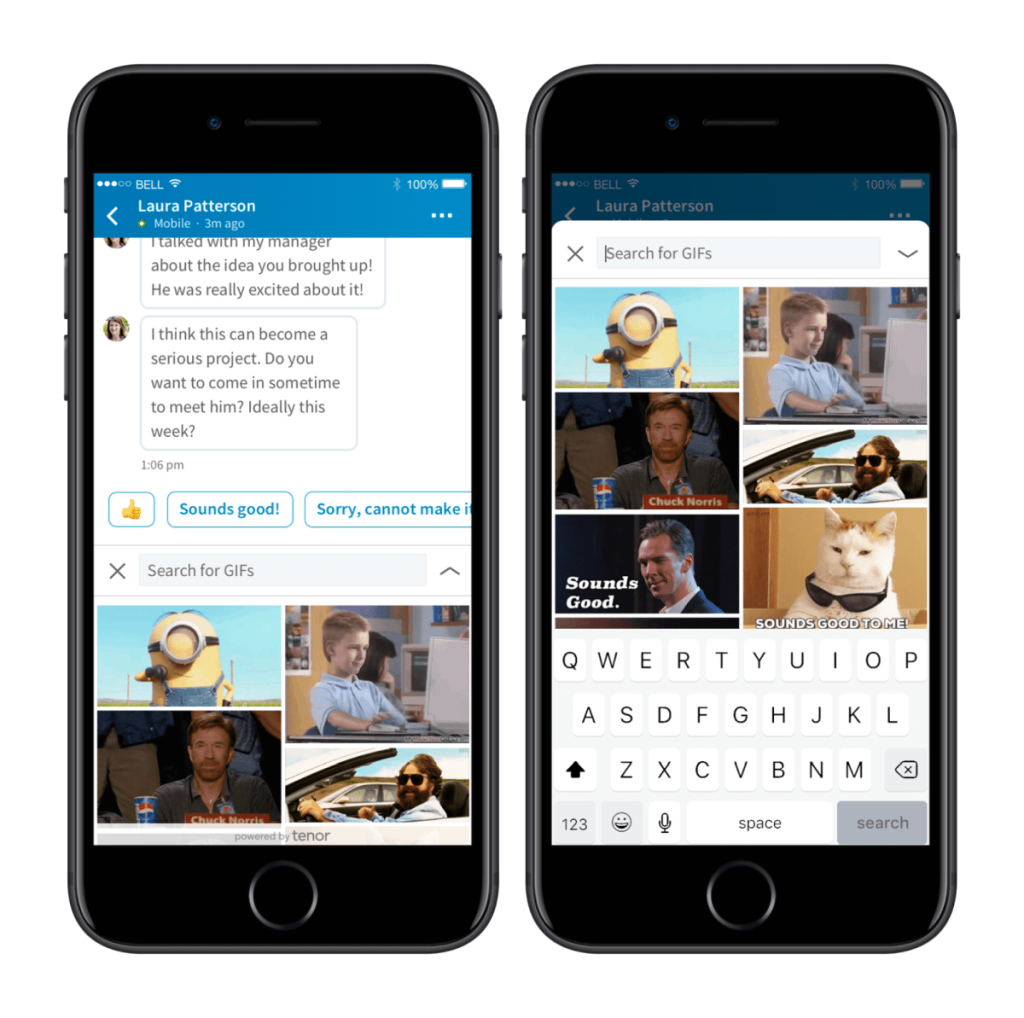 LinkedIn wrote a blog post to announce the new feature and it recommends to use GIFs with contacts that are acceptable to do so. This meaning that sending GIFs to contacts that you have just a business relationship might not be as appropriate as congratulating a friend for a new job.

So be careful with whom you share GIFs in conversations if you want to keep a professional image.

The new Linkedin feature was recently introduced and it is currently rolling out to professionals all over the world.

What do you think of the changes LinkedIn has made recently?