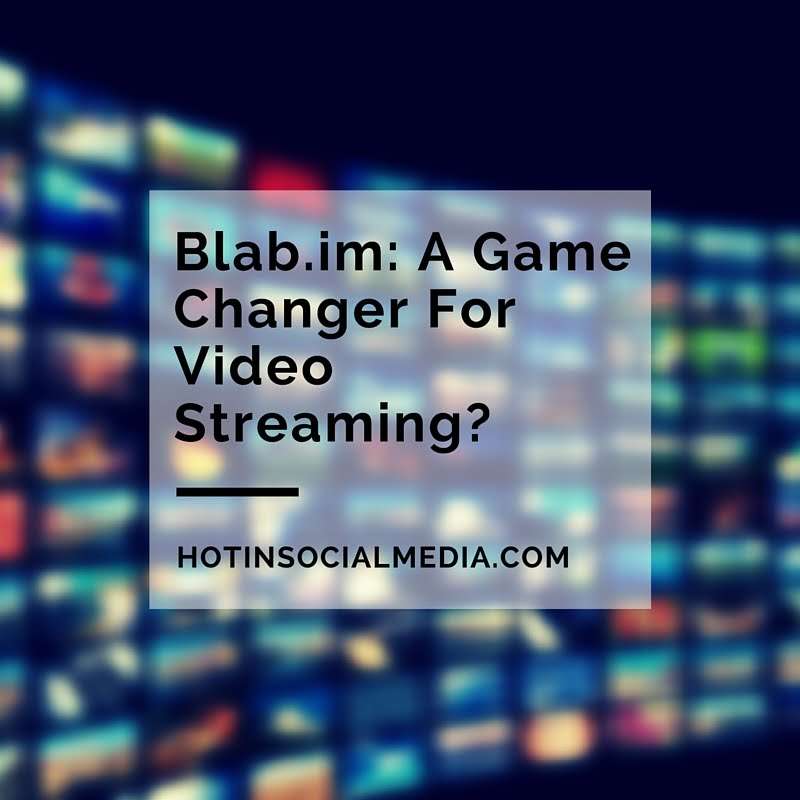 If you are in the social media niche, you would have come across ‘video streaming’. And let us put it this way. Video streaming is freaking hot right now!

Streaming media is multimedia that is constantly received by and presented to an end-user while being delivered by a provider. The verb “to stream” refers to the process of delivering media in this manner; the term refers to the delivery method of the medium, rather than the medium itself, and is an alternative to downloading. Source: Wikipedia.

Video streaming started with Meerkat who launched the app at a timely moment, followed by Periscope by Twitter. Facebook wasn’t far as they launched their own video streaming (feature) as well. From there on, video streaming was on fire. It was burning on rocket fuel and there is nothing stopping it from conquering the niche.

It spread like wildfire and trust me, many of us were caught left out because we aren’t really prepared for that.

Are you ready to take on Blab and most importantly, what is Blab all about?

Make no mistakes. It is a video streaming app and participants are considered as chatters.

At one time, you can invite up to 3 (4 in total, including you) into the chat. So yes, Blab is a four-person chat feature … which is pretty awesome by the way. 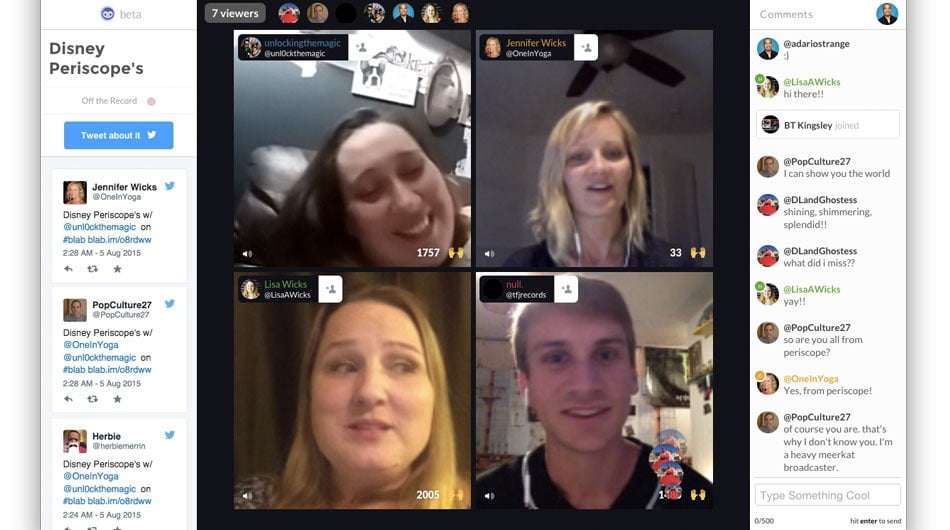 Blab.im allows the moderator (chat room creator) to create live video streaming and even save it for future usage. This means that these saved videos could be reused and broadcasted in the future use (imagine sharing the video in newsletters and as blog post).

You need an account to start Blab-ing with your friends or peers. Head over to Blab.im and you need to connect Blab with your Twitter account.

After authorizing and connecting your Twitter account, Blab will create a profile which is basically mirrored from Twitter. Of course, you have the ability to change, amend and modify the profile to fit your needs.

Some awesome features on Blab

1. Show how you feel using “Feels”

Just like Periscope where you are able to send those cute and lovely love shapes, Blab.im allows you to send feelings through their chat box, named “feels”.

At this point of writing, these “feels’ are basically rating within the specific chats only. This means that these scores will go back to zero after the chat has ended.

In someway, it gives current viewers (and potential ones) an idea on who is probably the most popular among the 4 participants in the video.

As the chat moderator, you could also streamline the conversation by using the mute function. This allows you to mute the other participants to ensure maximum focus is shared on the speaker.

Currently, this feature is one of the most popular and powerful that makes Blab really powerful.

3. Scheduling the video at later times

Did you know that moderators of Blab video chat could create and schedule videos at different time?

This is where Blab takes the whole video streaming industry to the next level by providing a virtual planner.

At the same time, interviews and appointment based video taking could be done without hassle and directly from the app itself instead of using third party ones such as Evernote and Google Calendars.

Can you imagine the visibility and virality you can achieve when you have a chat with high-profile Twitter users on Blab?

The potentials that lie in Blab.im

For me, Blab.im is a huge game changer when it comes to video streaming. One of the biggest potential when using Blab is when it comes to public conversations on important topics. It could be politicals, trending news and it is so versatile that it could easily integrate into any forms of media discussions.

It is just a matter of time where Blab.im is used for communication and debates. Who knows, future political debates between four candidates could also be use on Blab.im!

Another important feature using Blab.im is the ability to stream and record on both desktop and mobile apps. This feature provides the much needed mobility and at the same time, opportunity to record simultaneous video taking at different locations.

For example, Blab.im could be used to capture important moments such as parades and even live broadcasts using different angles.

According to Adario Strange (a fellow contributor on Mashable), Blab.im allows potential collaborations in the music industry. One of the examples given is when participants of the video streaming are from remote locations.

Thinking back, it is extremely possible and as Blab.im grows, there will be more ‘out-of-the-box’ thinking provided where it will ultimately provide the make-it or break-it scenario for Blab.im

The takeaways for Blab.im

Let’s be honest. Blab.im is still fairly new in this video streaming industry and is still in the beta stage. However, it seems like it had gotten a lot of attention from both creative marketers and influencers in the social media industry.

For starters, this is already an excellent sign that Blab.im has a brighter future (thanks to the supporters).

Plus, Blab.im is very addictive to say the least. It is easy to use, hassle free and anyone is able to connect (and stream) using Blab under 3 minutes.

The application may be a great invention to be honest but there are still serious competitors in the market. Meerkat, Periscope, Facebook and Youtube are the few examples of big players in the video streaming industry.

One thing for sure, video streaming is extremely important for both solopreneuers and businesses.

If you are planning to start putting your footprint in this industry, why don’t start out with Blab?

See also: Find out the real deal behind – Live Streaming