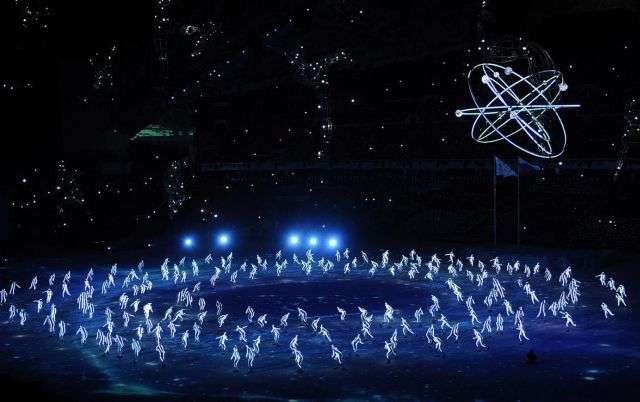 It’s impossible not to get caught up in the winter games, from the beauty of the figure skating competition to the adrenaline of the snowboarding halfpipe to the incredible exhaustion on display after a cross-country ski race. These days, though, the games don’t end when the primetime TV broadcast is over because Olympics on social media channels are even more interesting.

The games have also been playing out in real time on social media, where Facebook, Twitter, Instagram and other sites are giving a great window into the lives of the athletes and their supporters in Sochi. Take a few moments away from watching the winter games on TV to remember these great Olympic moments memorialized on social media during the opening week of competition.

The Best Moments of the Olympics on Social Media

American skier Heidi Kloser was a favorite to win a medal in the moguls, but she tore her anterior cruciate ligament during practice just before the games began. A post written on Facebook by her dad, Mike, went viral after he voiced his heartfelt support for his daughter. “When she was in the ambulance, she asked Emily and me if she was still an Olympian. … We said of course she is,” read the post.

The post has been shared more than 10,000 times across different social media channels since then.

So often, the best moments of the Olympics are captured on camera. Who can forget Michael Phelps throwing his arms in the air after torpedoing to first in a swim race or the grin of Evan Lycasek after winning the figure skating gold medal?

This year, Twitter is hosting a daily photo collage that compiles the most-tweeted shots from each day of the Olympics. You can look up the most-tweeted photos by date, which gives great insight into what the day’s top stories were at the games. Plus, it’s just fun to relive things like American Jamie Anderson’s slopestyle snowboarding gold medal.

Watching the opening ceremonies on TV was fun, but seeing them play out on Instagram was amazing. It seemed like every member of the U.S. Olympic delegation had their smartphone out to record the experience and post selfies on the photo site. Of course, some of the opener was just plain odd, with the extended tribute to Russian history, but the pictures of it still looked very cool with those Instagram filters.

Speaking of the opening ceremonies, the U.S. Olympic team made quite a splash with its red, white and blue sweaters and white pants combo. Ralph Lauren’s take on “ugly Christmas sweaters” may have gotten mixed reactions on many social media sites, but on Pinterest it appeared to be a hit.

Hundreds of people pinned the opening ceremony’s sweater and variations of it, as well as the matching hat Lauren designed, lauding the bold colors and creative design. Perhaps that’s why the Ralph Lauren version of the ugly sweater sold out of stores less than 24 hours after the ceremony.