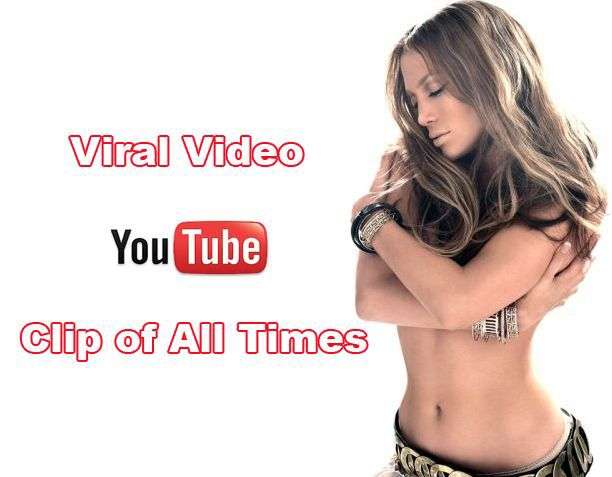 This week we have a surprise for you. Because we are in the middle of 2013 and because we want to offer our readers a different YouTube Viral Video for this week, we were curious to find out who are the Top 3 Viral Videos of all times.

With the help and data from the Unruly Media, we can show you below which are the Top 3 Viral Videos of All Times or the most shared YouTube Clips until now.

The first position and the title for the Viral Video YouTube Clip of All Times goes to: Jennifer Lopez ft. Pitbull with their song: On The Floor.

This clip that was shared more than 38 million times, has been viewed almost 680 million times in the last 2 years since it was published on YouTube (Mar 3, 2011).

On the second position of our All Time Viral Video we find the Most viewed YouTube video of all time: Psy – Gangnam Style. “Gangnam Style”, which celebrated yesterday (July 15) 1 year since it was published on YouTube, officially became the first video ever to hit a billion views on YouTube. The song was shared more than 37 million times and was viewed more than 1.7 billion times on YouTube.

The last, but not least in our special All Time Viral Video is Eminem  ft. Rihanna – Love The Way You Lie. The song that was shared 35 million times has been viewed almost 576 million times on YouTube until now.

Which of these 3 songs do you like the most?