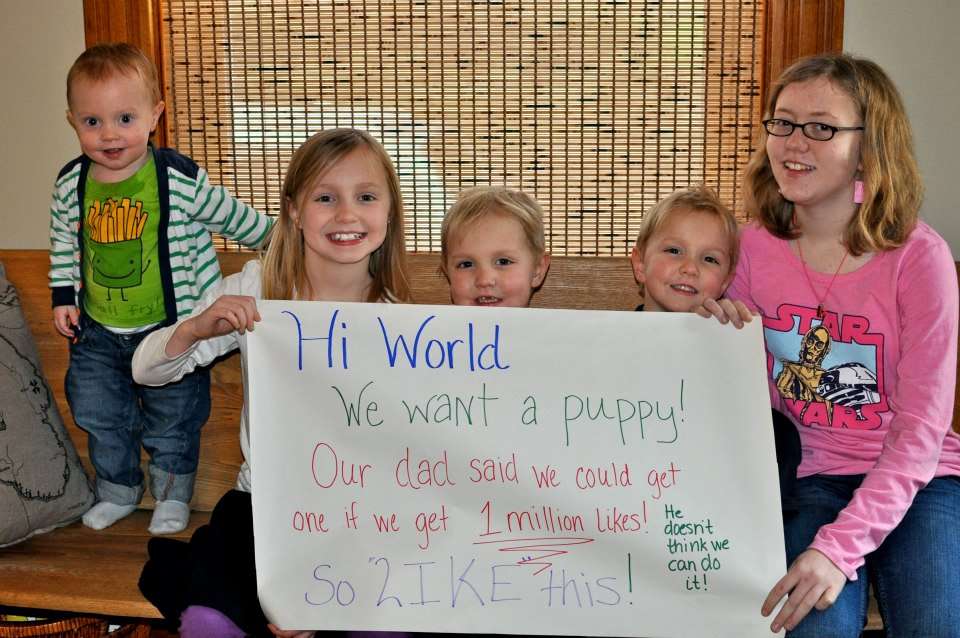 “Hi World. We want a puppy! Our dad said we could get one if we get 1 million likes! He doesn’t think we can do it! So ‘LIKE’ this!” This is the message that appears on an image posted on Facebook by a pair of sisters this Tuesday. Having a skeptical father who don’t belive that this will happend, the girls asked other users to like the photo, and make their dad keeping his promise and to buy a new puppy.

Through their facebook page called: Twogirlsandapuppy we find out that their previous dog died of cancer last year and that’s why they want a new one. This facebook page have more than 230.000 likes and both the main picture and the cover photo of this page have raised more than 1 million likes.

From this story we can see the impact and power that social media has through  its channels, in this case a clear example of a viral facebook story.