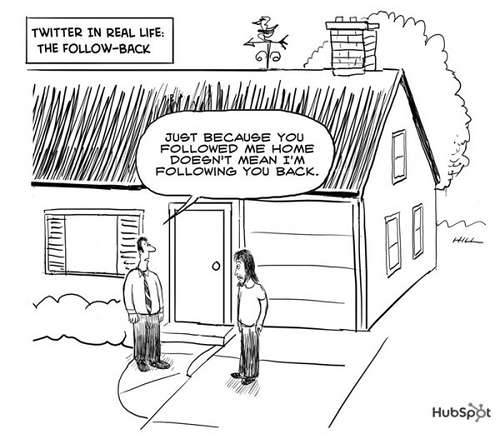 In the past few years, Twitter has become one of the most influential social media platforms out there. Over 500 million users now get breaking news alerts, entertainment gossip and can keep up with friends right on their Twitter homepage.  While we all understand the concept of Twitter, one of the biggest issues users seem to have with it is getting more followers. We all want to stand out in a world that is constantly in motion. So how do you increase your popularity in a virtual world? Let’s find out.

Your avatar or ‘profile picture’ is very important on Twitter. Make sure the avatar conveys the message you want to tell the world. Are you trying to stand out in a funny way? Are you trying to make your business more interesting? Whatever the case, having an avatar that is unique to you is important. Don’t use other people’s pictures or images from your favorite movie. This is about you, not anyone else. Also, make sure it’s eye grabbing. If people aren’t following you, you want to make sure they’re going to be intrigued enough by your avatar to click on it and see more.

This one is very important, especially if you’re trying to increase followers on your company’s Twitter account. The majority of Twitter users follow around 50 people. That means at the minimum, your fans are getting 50 tweets per day, if they’re all tweeting. So if you tweet for you business at an off-time (really late at night, or really early in the morning), chances are, they’ll miss your tweet when they do check in. Try to tweet around 9:00 a.m., 12:00 p.m. and 6:00 p.m. (EST). They’ve been confirmed by Twitter to be the high-volume tweet times.

While you can only directly message the people on Twitter who follow you back, there’s another type of message that few people are familiar with, it’s called @Message. You post it just like a regular tweet, but it also acts as a message. Say there’s a celebrity you think might help your business, or you’re just a fan of. You can @Message them to get their attention. It’s more effective than just tweeting at their handle and you never know, they just might answer or retweet you. If that does happen, you could be looking at hundreds of new followers just from their reply.

If you’re trying to get more followers on Twitter and you know specifically who’d you like to follow you, then ask that user questions. If you just tweet compliments or statements at that user, they’ll rarely answer. If you ask a question that they can easily answer, you have a much better shot at getting a reply. They realize that the question you’re asking may be on the minds of their other followers. Do a little research and see which Twitter users have answered questions from fans in the past.

Remember, Twitter is about what you bring to the table for your followers. Tweet content that pertains to your audience and will benefit them. If too many of your tweets have no substance or are uninteresting to your audience, you’ll be un-followed quicker than you can type 140 characters.