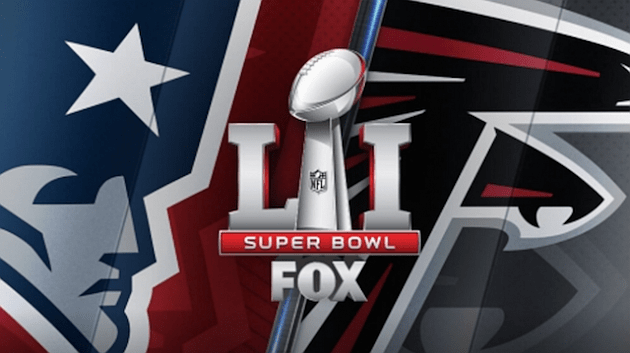 It might seem cliché, but this past Sunday’s Super Bowl might be one of the greatest games in recent memory. Whether you were rooting for the Falcons or firmly on the side of the Patriots, chances are that you had fun, provided you didn’t bet the farm on the losing team. Athletics and lighthearted bets aside, the Super Bowl has become synonymous with social media activity. If there was a noteworthy event or commercial, it wouldn’t take long to start trending. This is part and parcel to the digital world we live in, and even those that couldn’t care less about football would be hard-pressed to deny this game’s social impact.

The Super Bowl 51 was no exception, but some events this past Sunday stood out more from a social standpoint than others. These events were the ones that garnered the most traction, ranging from likes and shares to insightful commentary. The events in question would also be the ones that you’d hear about the most around the water cooler the next day. Which events took the crown this year?

The Guardians of the Galaxy Reign Supreme

There were many movie trailers that aired during the Super Bowl, as is par for the course for this game in the past. However, it was this year that Marvel took the crowd with its latest “Guardians of the Galaxy Vol. 2” trailer. According to Variety, it elicited 47,800 new conversations, which is remarkable for this popular yet quirky superhero flick. This isn’t to say that Marvel was the only one that benefited from the Super Bowl’s widespread appeal. For example, the latest Transformers movie, “The Last Knight,” created 19,700 conversations with its own trailer.

Not everyone can take the number one spot, though, as far as the film is concerned. Marvel created substantial buzz with its “Guardians of the Galaxy Vol. 2” Super Bowl trailer. The fact that it has been able to appeal to non-superhero fans makes it that much more of an essential talking point. If people weren’t excited for this sequel below, they probably were once the trailer concluded.

If nothing else, this year’s Super Bowl will go down in history as one of the biggest comebacks in the series’ history. Early on, it seemed like the Falcons had the game in the bag. However, through teamwork and sheer skill alike, the Patriots were able to even things up at 28-28 with less than a minute left. This moment was cinched came when wide receiver Danny Amendola caught a two-point conversion, undoubtedly throwing a monkey wrench into the bets of many viewers.

It didn’t take long for this event to start trending on Twitter, with football fans across the board vocalizing their surprise, both positive and negative. The official NFL Twitter account tweeted about this event with the accurate statement, “We’ve got ourselves a ballgame.” With more than 1,200 retweets and close to 2,000 likes, at the time of this blog post, it’s clear that this turning point in the game stirred the emotions of football fans everywhere. The winning score of 34-28 can’t be denied.

Pepsi is the Brand to Beat

Many brands enjoyed the benefits of the Super Bowl’s wide reach, as Twitter detailed in a blog post on Monday. 27.6 million tweets with the #SB51 is nothing short of commendable, but some companies have been able to enjoy more attention than others. Mr. Clean, for example, earned some laughs when it poked fun at Terry Bradshaw. Avocados from Mexico promoted the popular fruit in its own way. However, when it comes to the king of brands during the Super Bowl, the crown was claimed by Pepsi.

Due in part to Lady Gaga’s halftime show performance, which was equal parts enigmatic and energetic, Pepsi was able to create a massive amount of buzz on Twitter. It’s #forthefans tweet gained over 4,500 retweets and close to 2,000 likes, but its efforts didn’t stop there. When the Patriots were declared the winners of the big game, Pepsi tweeted out their congratulations, limited edition can and all. Needless to say, Pepsi received tremendous mileage from the Super Bowl. I’m curious to see who’s able to top their performance new year for game 52.

What is your take on the Super Bowl’s social media activity? Which tweets or commercials stood out to you? Please leave your thoughts in the comments!