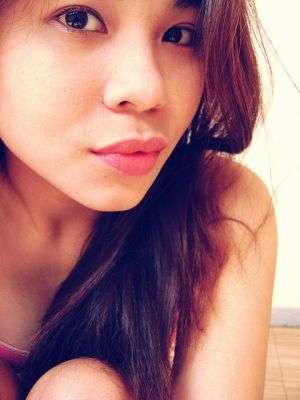 When Ellen DeGeneres uploaded the selfie seen ‘round the world at the 2014 Oscars, it became official: pictures are the new words, as far as social networks and blogs are concerned. That one photo was worth an estimated $1 billion in marketing for Samsung, the company that manufactured the phone DeGeneres used to snap the famous pic. That one selfie has been seen by an estimated 37 million people, and it has been retweeted an incredible 3 million times and counting.

While you may not be as famous as Ellen, you can use pictures to generate the same sort of hype and excitement for your brand, and create something people will want to share.

1. Think With Your Eyes

Everywhere you go, you should be gauging the potential for a picture. Instagram has helped make people more aware of how much weight a photo can carry, but you need to think beyond one social media site. Instead, scan your surroundings for photo opportunities every moment. You may not use that picture now, but down the road, it could be the perfect illustration for a point you’re trying to make. That vase of flowers or your new laptop bag could also generate a lot of shares on Pinterest, depending on the kinds of boards your followers like to create.

Photo editing can make the difference between a dull image and one that pops right off the page and engages your followers. Make sure you’re using the very best tools so people will want to share your stunning images. You don’t have to pay an arm and a leg for photo editing software, either; some of the best tools are free, including:

The very best photos aren’t just straight-up pictures. They have visually interesting elements to them. For instance, the old-timey postcards so popular on Facebook are easy to create, and they add a unique element to your post. Try out different image templates and see which ones generate the most engagement. You want to find something people really like to pass along to friends.

Let’s face it, you may not have the right picture instantly available for every situation, and you don’t want to accidentally infringe on someone else’s copyrighted photo. For that reason, it’s smart to invest in stock photos that you can pull out to illustrate your point. Focus on stockpiling pictures that you can’t get access to otherwise.

Photo illustrations combine the best elements of visual and text media. They show the step-by-step process, but they also include words to help explain any confusing parts. Say you’re a plumber trying to explain on Facebook how to snake a drain. Instead of using words, you can compile photos to tell the story, adding the words where you feel they’re needed.

6. Do a Photo Collage

Photo collages are a great way to mash a lot of people or things into one image, and the more people or products you touch on, the greater the chance someone will pass it along. In addition to the photo editing tools mentioned above, these sites provide easy-to-use photo collage templates:

If you really want to engage your followers, there’s nothing like getting them involved in the process. Say you’re a coffee shop and you want to figure out what flavors of coffee you’ll serve the next day. Snap photos of both choices and put it to a vote on Facebook, using the pictures to draw people in.

Every day there are current events that can be played off of with pictures. Oreo’s famous “dunk in the dark” tweet during the 2013 Super Bowl included a photo that has become iconic within social media and was retweeted more than 15,000 times.

9. Invite People to Pin You With Extra Text

When you create images, think about what they’d look like on Pinterest. When you’re doing a recipe roundup, for example, include one image of the recipe that has the name spelled out in text over top of the dish. People like to pin things that have visual cues so that they don’t have to spend as much time sorting through their boards.

10. Include Calls to Action

It never hurts to put a little reminder on your photos, such as “share” or “retweet” or “favorite.” Remember, you have to tell people what you want; very few of us are mind readers.

What are your ways to create shareable images of yourself?

See also:  How Often Should You Change Your Social Media Profile Pictures?